Mithradatesthe Great ruled from 120–63 BC. A great military leader, a brave warrior, and a cunning politician, he was one of the fewseriousthreatsto Roman domination in the ancient world. Though King Mithridates is not a fictional character from Game of Thrones, he could have been, as his life was one of dangers and perils. His mother assassinated hisfather by poisoning him and then held regency over Pontus until a male heir came of age - she definitely is a Cersei Lannister.

Unfortunately, Mithridates was in competition with his brother for the throne, whom his mother began to favor. Shewas a nice and lovingwoman… and she started to slowly kill herson off by poisoning each and every one of his meals. Mithridates noticed it and decided to flee to escape death.

While in the wild, preparing his comeback to the throne, he began ingesting non-lethal amounts of poisons and mixing many into a universal remedy to make him immune to all known poisons. Mithridatism then became the practice of protecting oneself against a poison by gradually self-administering non-lethal amounts.

In this third edition of our Global Trade Report, Game of Trade: Unbent, Unbowed and Unbroken, we ask ourselves one question: Istheworld mithridated against deglobalization and protectionism? It lookslikewe are more tolerant to trade risks after all.

After two years of decline, global trade is finally back from the ashes. This comeback happens the very same year that President Trump’s America First creates havoc in the global community: protectionism, tax on foreign companies, deregulation shock. Isit the end of the Iron Throne of globalization to which the seven Kingdoms pledged allegiance? It does seem like it will be riskier, costlier and more adventurous, especially because Mithridatism is not effective against all types of poison, and, the practice can lead to the lethal accumulation of a poison in the body. Political risk is one good example of a toxin hard to recover from, especially when you are a smaller company. 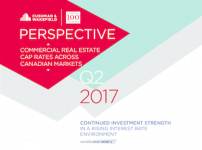 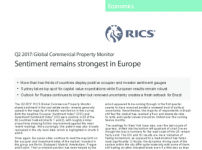 The Global Food & Beverage market : What's on the Menu ?