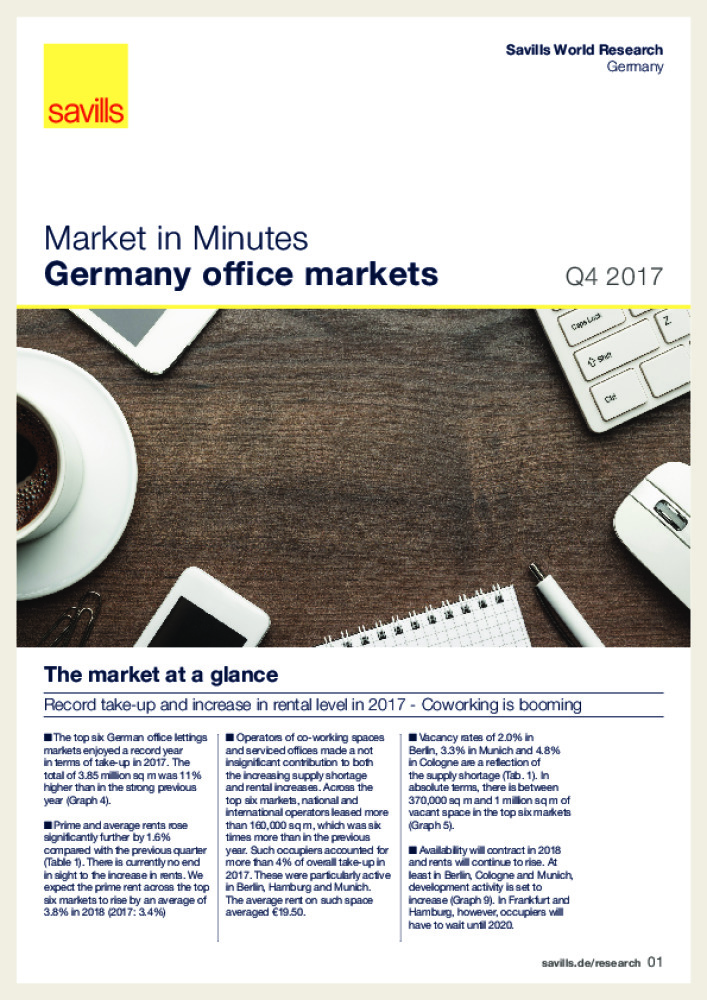 Record take-up and increase in rental level in 2017 - Coworking is booming.

The top six German office lettings markets enjoyed a record year in terms of take-up in 2017. The total of 3.85 million sq m was 11% higher than in the strong previous year.

Prime and average rents rose significantly further by 1.6% compared with the previous quarter. There is currently no end in sight to the increase in rents. We expect the prime rent across the top six markets to rise by an average of 3.8% in 2018 (2017: 3.4%).

Operators of co-working spaces and serviced offices made a not insignificant contribution to both the increasing supply shortage and rental increases. Across the top six markets, national and international operators leased more than 160,000 sq m, which was six times more than in the previous year. Such occupiers accounted for more than 4% of overall take-up in 2017. These were particularly active in Berlin, Hamburg and Munich. The average rent on such space averaged €19.50.

Availability will contract in 2018 and rents will continue to rise. At least in Berlin, Cologne and Munich, development activity is set to increase. In Frankfurt and Hamburg, however, occupiers will have to wait until 2020.