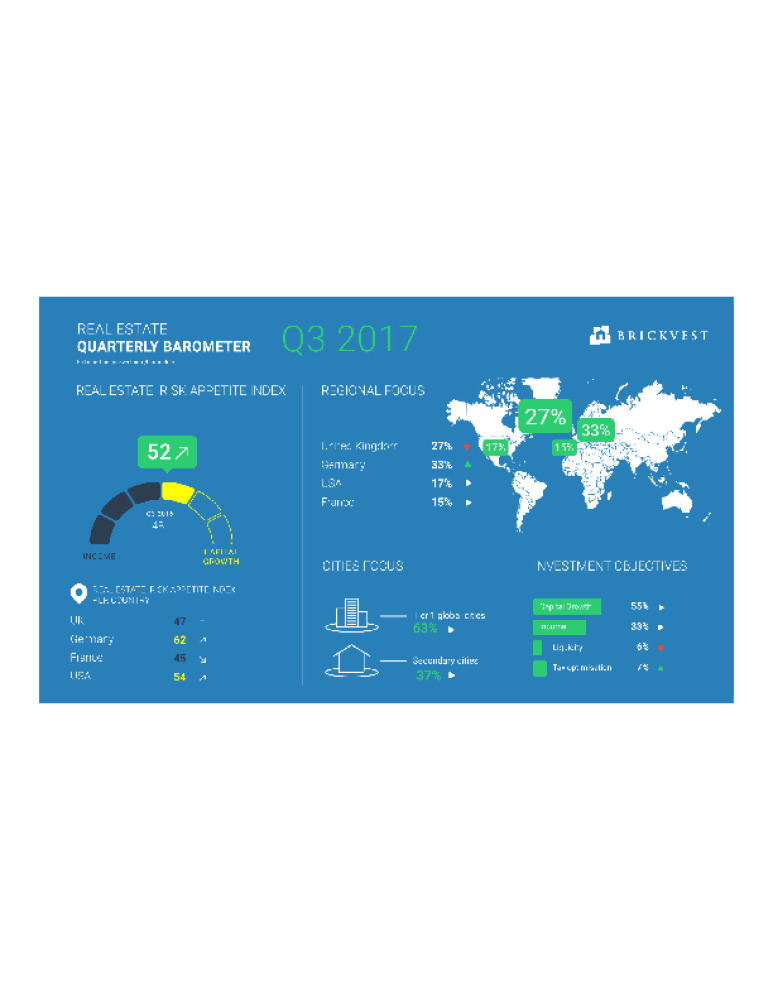 The Barometer also revealed that UK, French, German and US investors are now less favourable towards the UK since last year. 45% of UK, nearly a quarter (21%) of US, a fifth (19%) of French and 18% of German investors suggested they favour the UK this quarter, representing a decrease from last year across the board from 46%, 26%, 28% and 21% respectively.

BrickVest’s Barometer also showed that the investment objective for the majority (55%) of its online investors is capital growth compared to 33% who said income. 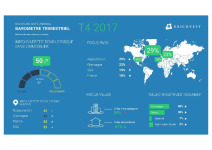 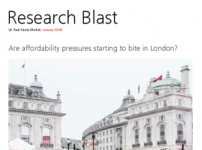 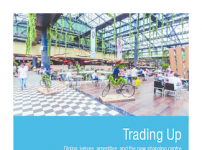 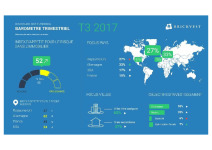 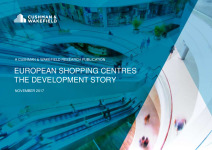