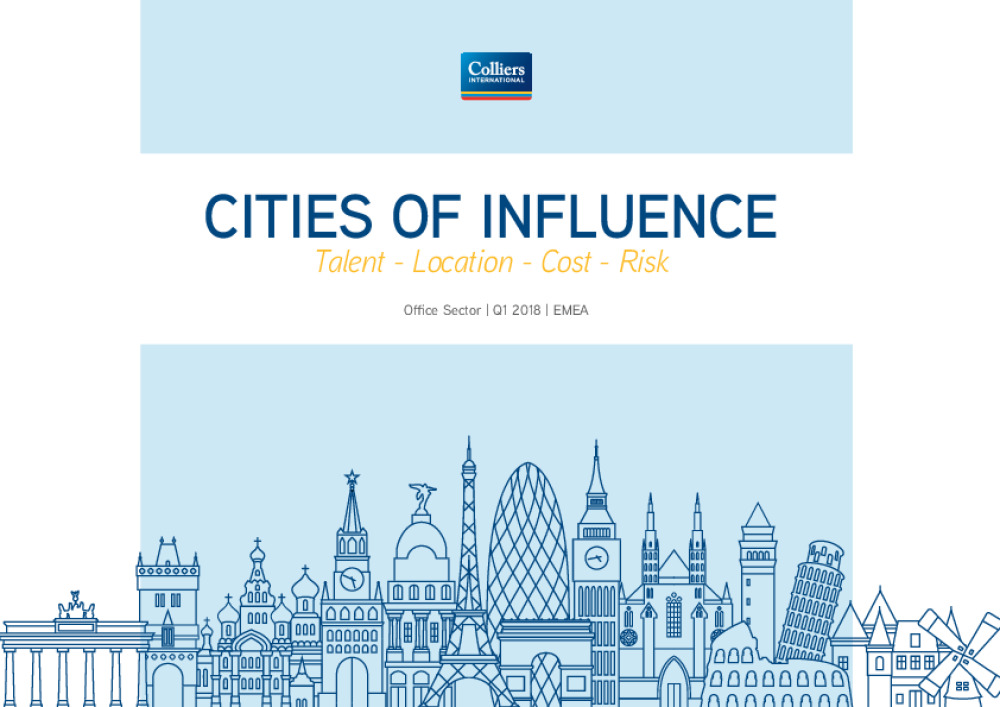 We are delighted to launch version 2.0 of our marketleading series of European research, “Cities of Influence”. The new extended version of the series now covers fifty European economic hubs – building on the twenty covered in the inaugural report launched in Q1 2017 - providing a broad geographic coverage of European markets that are of global, regional and national importance.

This latest version of the report introduces some new factors into the overall analysis, but the overall context remains the same – reviewing and ranking markets based on their occupier attractiveness and magnetism as centres of diverse high-quality service sector talent, driving economic output and productivity.

The analysis has been developed and structured in a way to examine the broader, functional catchment areas of each city but adding in some new components providing an analysis of economic productivity and quality of life factors for employees. While the overall scores tends to favour the larger markets, the analysis examines different aspects of each city in proportional terms to provide fair coverage to both big and small – and some markets certainly punch above their weight.