Living well in the city

Paris Region: A Source of Opportunities

The health crisis has transformed the way cities are used and changed the way citizens view their urban space. After months of confinement, the inhabitants of Paris Region are looking for a greener, more inclusive, and more flexible city that is based on proximity. The city of the quarter hour is more than ever in the spotlight. 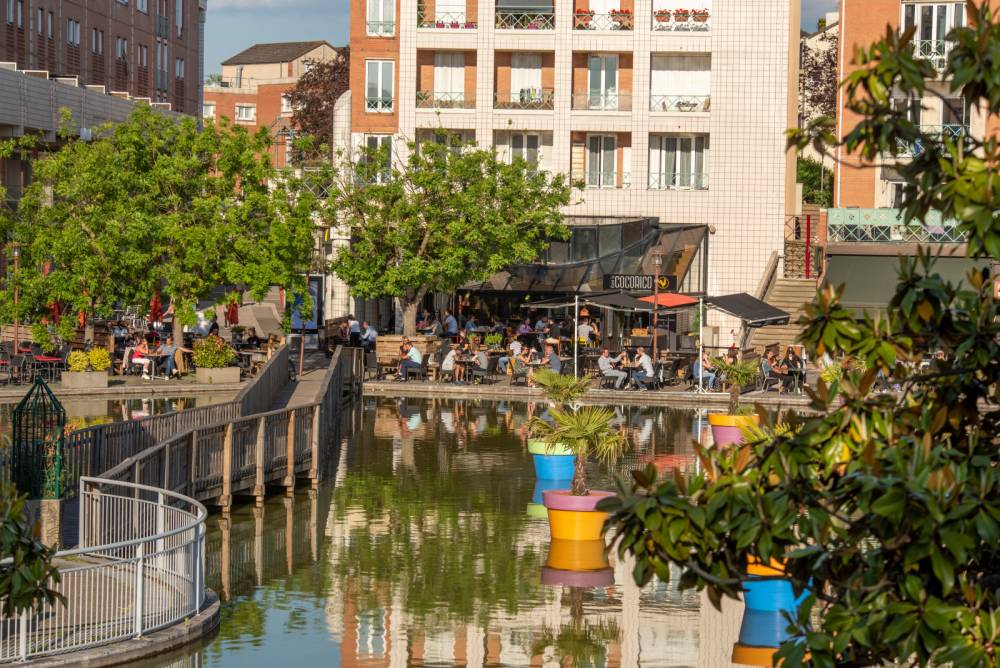 With 50,000 to 60,000 new residents to welcome each year and 70,000 housing units to build, Paris Region is far from having said its last word! It remains a source of extraordinary opportunities for foreign investors. After 20 months of life (and work) disrupted by the pandemic, the notion of living well in the city is becoming a key issue for years to come. Gone are the noisy, polluted and dirty city centers. The major projects underway as part of Greater Paris promise reinvented urban spaces that are greener, mixed-use (shops, offices, and housing), and equipped with numerous local services. With a focus on preserving natural lands and reducing the carbon footprint, new constructions are turning towards a more sustainable approach while also aiming to build the conditions to live better together. Access to outdoor space and vegetation (balconies, gardens, terraces, planted rooftops, etc.) has become an essential condition in the development of real estate projects that also integrate the fight against air and noise pollution. With nearly 60% of the world’s population living in urban areas, a figure that could rise to 75% in 30 years, city dwellers aspire to live well together in a peaceful city that is conducive to the creation of social and intergenerational ties.

Faced with an unprecedented health, economic, and social crisis, Paris Region, which represents 131 municipalities and 7.2 million inhabitants, has been able to demonstrate its agility and resilience in reviving the local economy with its municipalities and with the support of the various local players. Adopted by the Metropolitan Council, the Metropolitan Recovery Plan has released an envelope of €110M to initiate the transition of the metropolitan economy towards a sustainable, balanced, and resilient territory. 50 actions, divided into 5 categories, have been undertaken. The second category of the Metropolitan Recovery Plan provides support for the local economic and cultural fabric by assisting local players and revitalizing the metropolitan city centers. This is the case of the «Living City Centres» program, which aims to revitalize the hyper-center and promote the local economy through a  €15 M support plan for the period 2021-2023. The second edition of this was launched in 2021. The Saint-Quentin-en-Yvelines community and the town of Montigny-le-Bretonneux have also embarked on a vast operation to rehabilitate their hyper-center (Place Pompidou and Avenue du Centre, Quai François Truffaut and the canal) in order to give a more human face to public space. Local food shops, terraces with trees, activities and events, and services are all elements that redraw the contours of a city where it is good to live together and circulate. More than ever, the 15-minutes city will have to bring living and working areas closer together and facilitate resident mobility through to easy access to transportation and sustainable mobility options. To create excitement and renew the interest of residents, some communities, such as Paris La Défense, have also organized art and culture catalysts for living well in the city. Moreover, reintroducing health care services into the daily lives of residents has become a major urban planning issue. Carré Sénart, a new health center based on an innovative investment model (financed by the doctors themselves) reaffirms the place and role of health care, healthy living in the city. Likewise the increasing integration of sports in the city, in light of the next Olympic Games which will be held in the capital, is one of the key factors of this need for an active lifestyle in the city.

Public Spaces and Places of Sociability

At a time when many Parisians are questioning the urban model, Paris Region is reinventing itself to reaffirm its attractiveness to its residents as well as to national and international visitors. Reflections on public space organization are underway so that residents can reappropriate the urban territory to make it a place of citizenship and sociability. The Region has thus set up an environmental participatory budget of €500 M over 5 years. Calls for projects have been launched and submitted for Paris Region residents to vote on. Because living well in the city is a voluntary process, public decision-makers are seeking feedback from users on their experience with public spaces, and are increasingly seeking to include them in the construction of public policies. More inclusive and flexible, urban space is evolving along with its users. Optimizing and transforming the built environment is a way to rethink the city and give it new uses. The reuse of spaces with untapped potential (parking lots, courtyards and building roofs), such as the Chapelle Internationale logistics hotel, which hosts an urban farm on its roof, heralds the beginnings of the city of tomorrow. All these prospects confirm the dynamism of delete Paris Region and the development of new urban projects in which to invest. To take advantage of this, Choose Paris Region is the best partner and the gateway to these ambitious projects.