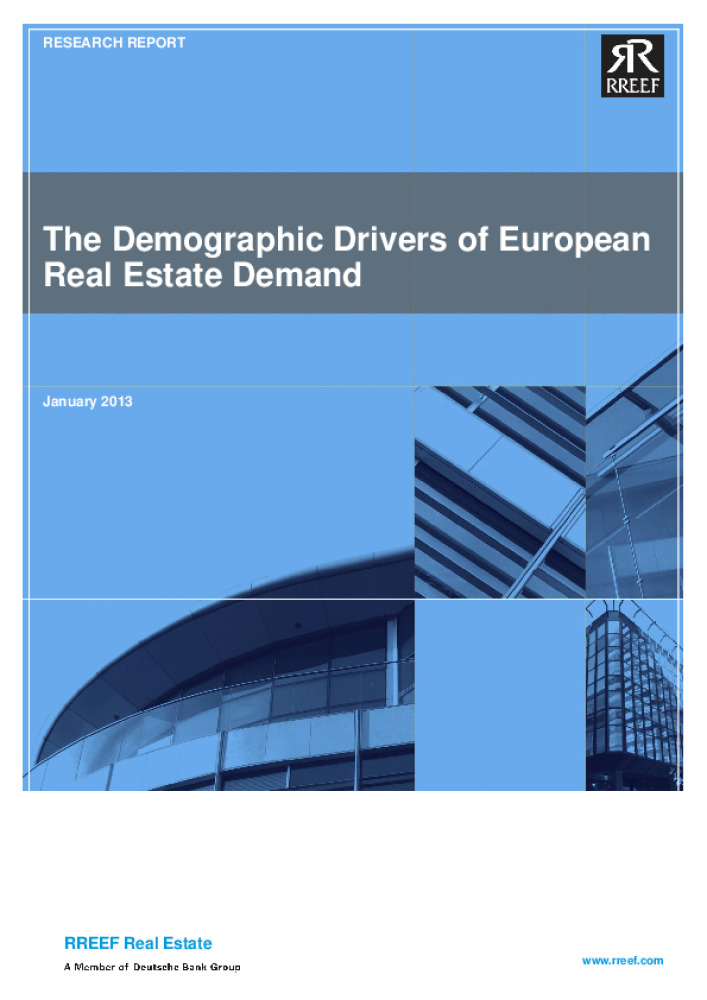 The Demographic Drivers of European Real Estate Demand
According to the latest forecasts from the United Nation, global population will rise from around 7 billion in 2010 to 10 billion by the end of the century. The majority of this increase will occur in Africa, which is set to see population growth of around 2.5 billion over the next 90 years. Steady population decline is forecast for Europe from 2020 onwards, with Asia and South America following in the second half of the decade.
The demographic outlook for Europe varies significantly across countries and regions. Over the next 40 years, the largest absolute falls in population are set to be in Russia, the Ukraine, Germany, Poland and Italy while the United Kingdom, France and Spain are forecast to see population growth over this period.
Population projections over a number of decades are highly sensitive to changing assumptions such as fertility rates and immigration levels. Altering the average fertility rate in Europe by just half a child more or half a child less, results in a projected 2100 population of between 400 million and 1.1 billion – calling into question the merit and usefulness of such forecasts.
The European dependency ratio (ratio between the size of working age and non working age population) is set to rise, lowering the total productive capacity of an economy, those of working age will also face the increased burden of supporting those not in employment.
Source : RREEF Real Estate