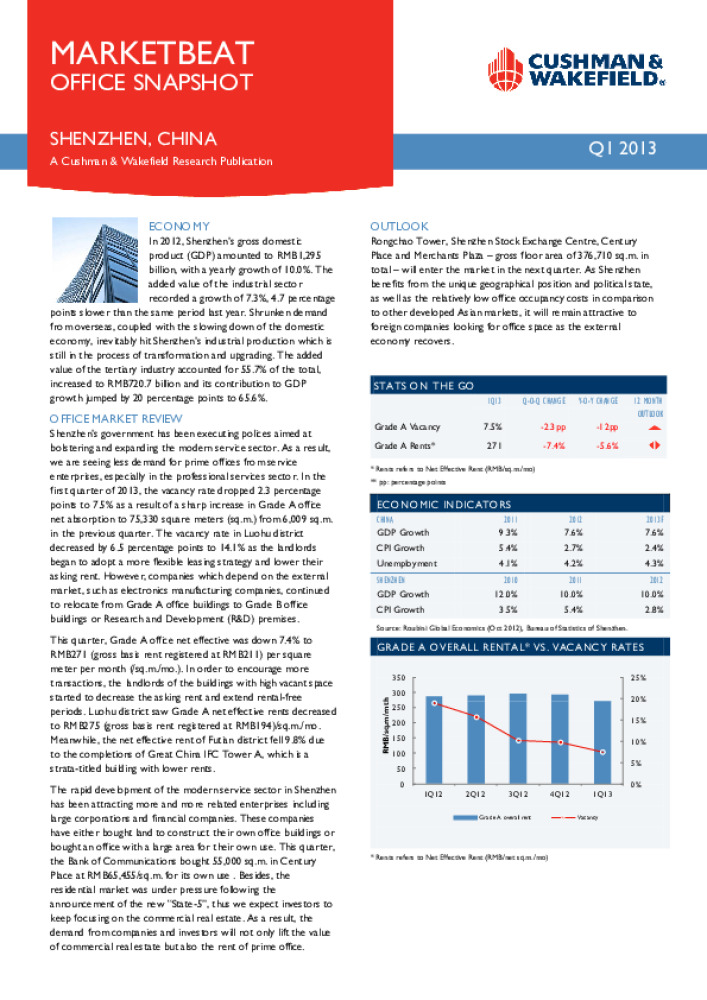 In 2012, Shenzhen’s gross domestic product (GDP) amounted to RMB1,295 billion, with a yearly growth of 10.0%. The added value of the industrial sector recorded a growth of 7.3%, 4.7 percentage points slower than the same period last year. Shrunken demand from overseas, coupled with the slowing down of the domestic economy, inevitably hit Shenzhen’s industrial production which is still in the process of transformation and upgrading. The added value of the tertiary industry accounted for 55.7% of the total, increased to RMB720.7 billion and its contribution to GDP growth jumped by 20 percentage points to 65.6%.