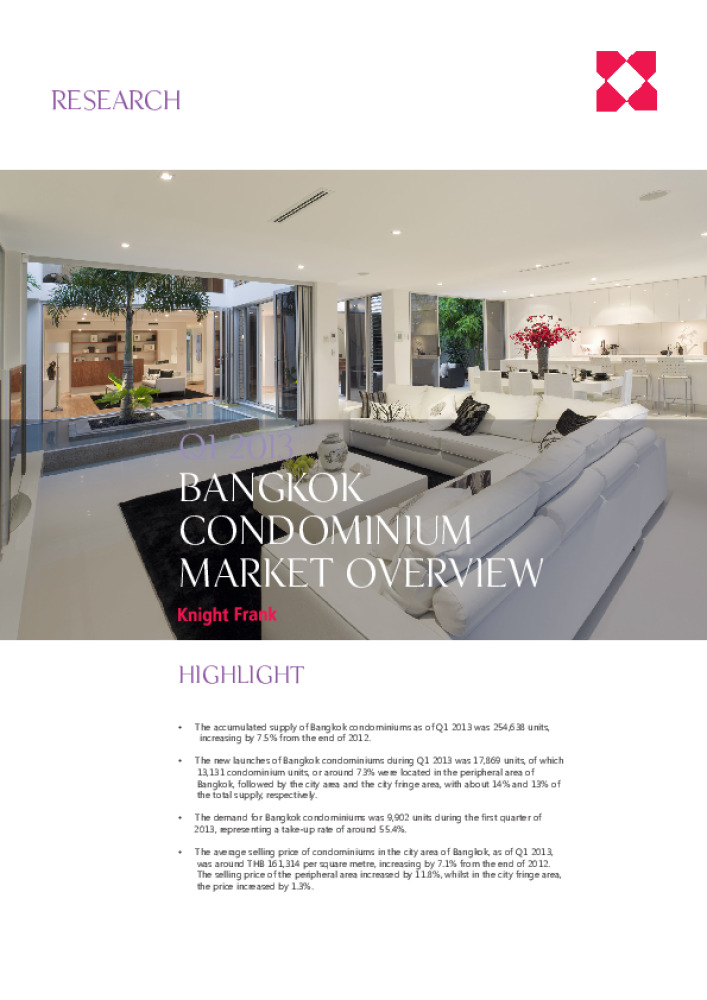 The new launches of Bangkok condominiums during Q1 2013 was 17,869 units, of which 13,131 condominium units, or around 73% were located in the peripheral area of Bangkok, followed by the city area and the city fringe area, with about 14% and 13% of the total supply, respectively.

The demand for Bangkok condominiums was 9,902 units during the first quarter of 2013, representing a take-up rate of around 55.4%.