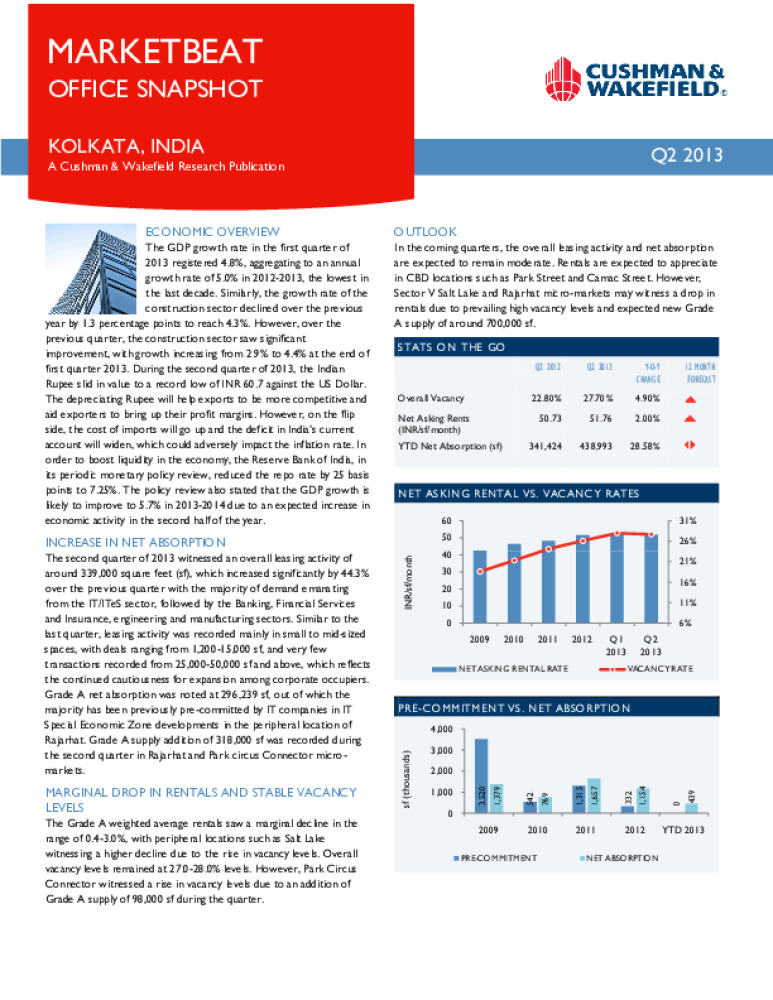 The GDP growth rate in the first quarter of 2013 registered 4.8%, aggregating to an annual growth rate of 5.0% in 2012-2013, the lowest in the last decade. Similarly, the growth rate of the construction sector declined over the previous year by 1.3 percentage points to reach 4.3%. However, over the previous quarter, the construction sector saw significant improvement, with growth increasing from 2.9% to 4.4% at the end of first quarter 2013. During the second quarter of 2013, the Indian Rupee slid in value to a record low of INR60.7 against the US Dollar. The depreciating Rupee will help exports to be more competitive and aid exporters to bring up their profit margins. However, on the flip side, the cost of imports will go up and the deficit in India’s current account will widen, which could adversely impact the inflation rate.