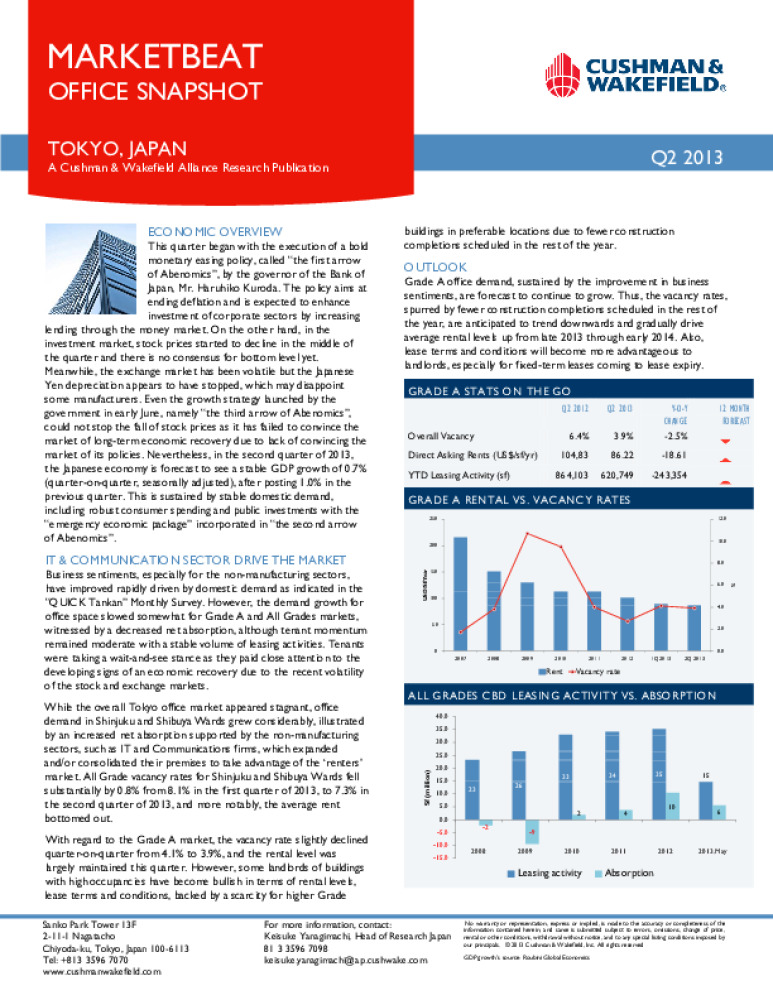 This quarter began with the execution of a bold monetary easing policy, called “the first arrow of Abenomics”, by the governor of the Bank of Japan, Mr. Haruhiko Kuroda. The policy aims at ending deflation and is expected to enhance investment of corporate sectors by increasing lending through the money market. On the other hand, in the investment market, stock prices started to decline in the middle of the quarter and there is no consensus for bottom level yet. Meanwhile, the exchange market has been volatile but the Japanese Yen depreciation appears to have stopped, which may disappoint some manufacturers. Even the growth strategy launched by the government in early June, namely “the third arrow of Abenomics”, could not stop the fall of stock prices as it has failed to convince the market of long-term economic recovery due to lack of convincing the market of its policies.