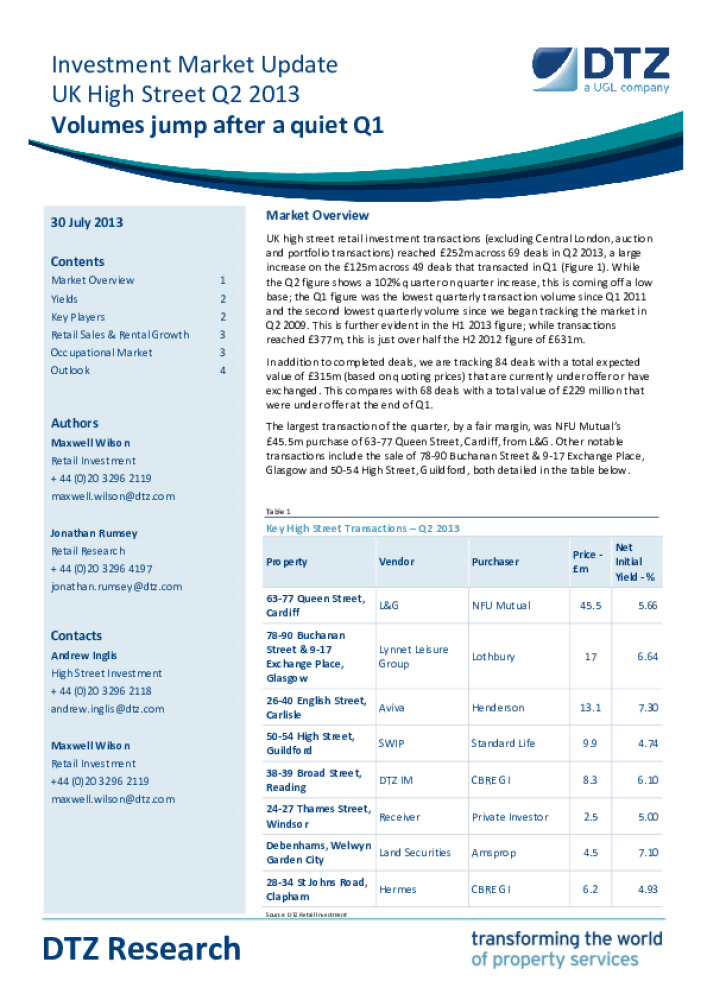 UK high street retail investment transactions (excluding Central London, auction and portfolio transactions) reached £252m across 69 deals in Q2 2013, a large increase on the £125m across 49 deals that transacted in Q1 (Figure 1). While the Q2 figure shows a 102% quarter on quarter increase, this is coming off a low base; the Q1 figure was the lowest quarterly transaction volume since Q1 2011 and the second lowest quarterly volume since we began tracking the market in Q2 2009. This is further evident in the H1 2013 figure; while transactions reached £377m, this is just over half the H2 2012 figure of £631m.

The largest transaction of the quarter, by a fair margin, was NFU Mutual’s £45.5m purchase of 63-77 Queen Street, Cardiff, from L&G. Other notable transactions include the sale of 78-90 Buchanan Street & 9-17 Exchange Place, Glasgow and 50-54 High Street, Guildford, both detailed in the table below.