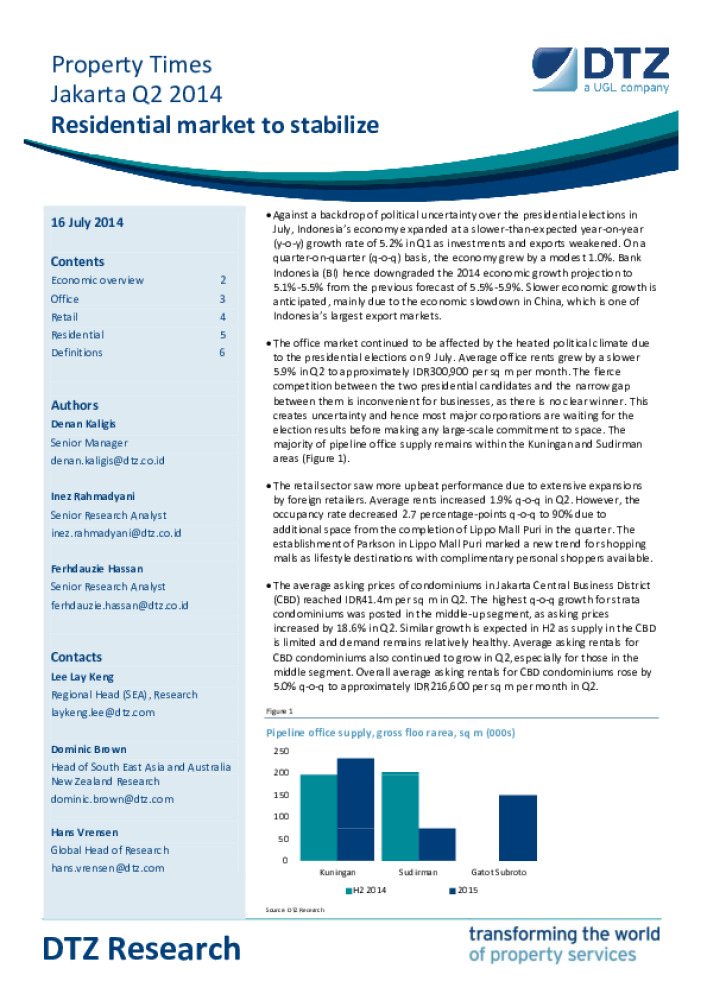 Against a backdrop of political uncertainty over the presidential elections in July, Indonesia’s economy expanded at a slower-than-expected year-on-year (y-o-y) growth rate of 5.2% in Q1 as investments and exports weakened. On a quarter-on-quarter (q-o-q) basis, the economy grew by a modest 1.0%. Bank Indonesia (BI) hence downgraded the 2014 economic growth projection to 5.1%-5.5% from the previous forecast of 5.5%-5.9%. Slower economic growth is anticipated, mainly due to the economic slowdown in China, which is one of Indonesia’s largest export markets.

The office market continued to be affected by the heated political climate due to the presidential elections on 9 July. Average office rents grew by a slower 5.9% in Q2 to approximately IDR300,900 per sq m per month. The fierce competition between the two presidential candidates and the narrow gap between them is inconvenient for businesses, as there is no clear winner. This creates uncertainty and hence most major corporations are waiting for the election results before making any large-scale commitment to space. The majority of pipeline office supply remains within the Kuningan and Sudirman areas.