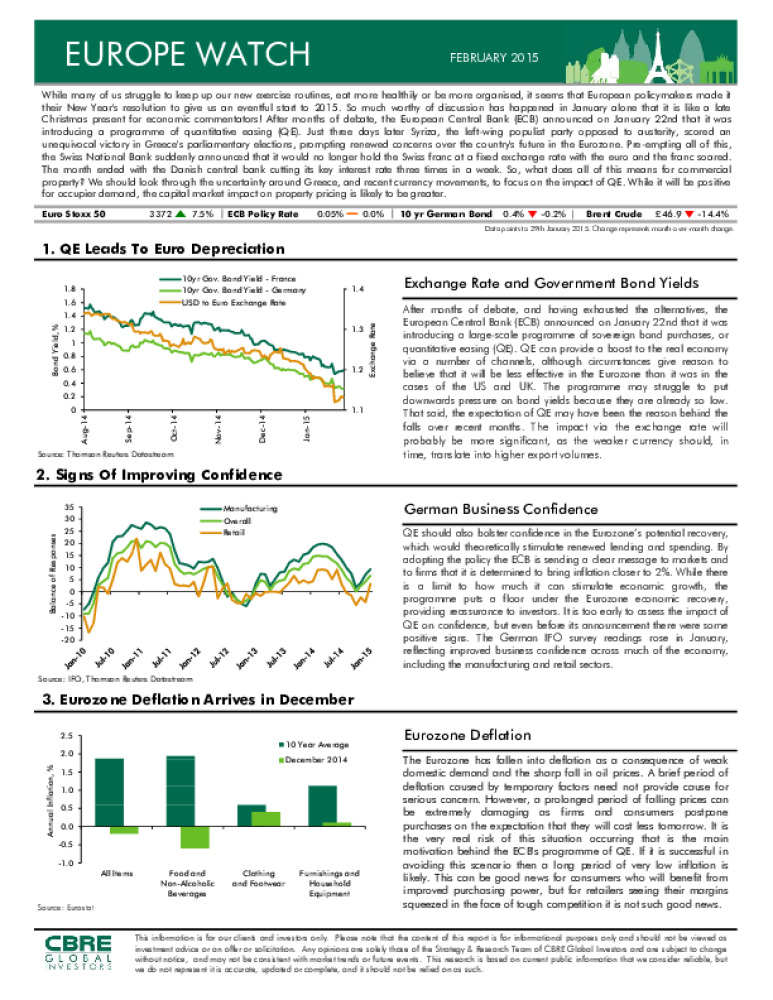 While many of us struggle to keep up our new exercise routines, eat more healthily or be more organised, it seems that European policymakers made it their New Year's resolution to give us an eventful start to 2015. So much worthy of discussion has happened in January alone that it is like a late Christmas present for economic commentators! After months of debate, the European Central Bank (ECB) announced on January 22nd that it was introducing a programme of quantitative easing (QE). Just three days later Syriza, the left-wing populist party opposed to austerity, scored an unequivocal victory in Greece's parliamentary elections, prompting renewed concerns over the country's future in the Eurozone.

Pre-empting all of this, the Swiss National Bank suddenly announced that it would no longer hold the Swiss franc at a fixed exchange rate with the euro and the franc soared. The month ended with the Danish central bank cutting its key interest rate three times in a week. So, what does all of this means for commercial property? We should look through the uncertainty around Greece, and recent currency movements, to focus on the impact of QE. While it will be positive for occupier demand, the capital market impact on property pricing is likely to be greater. 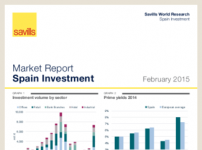 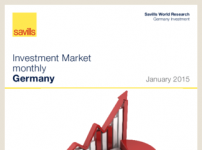