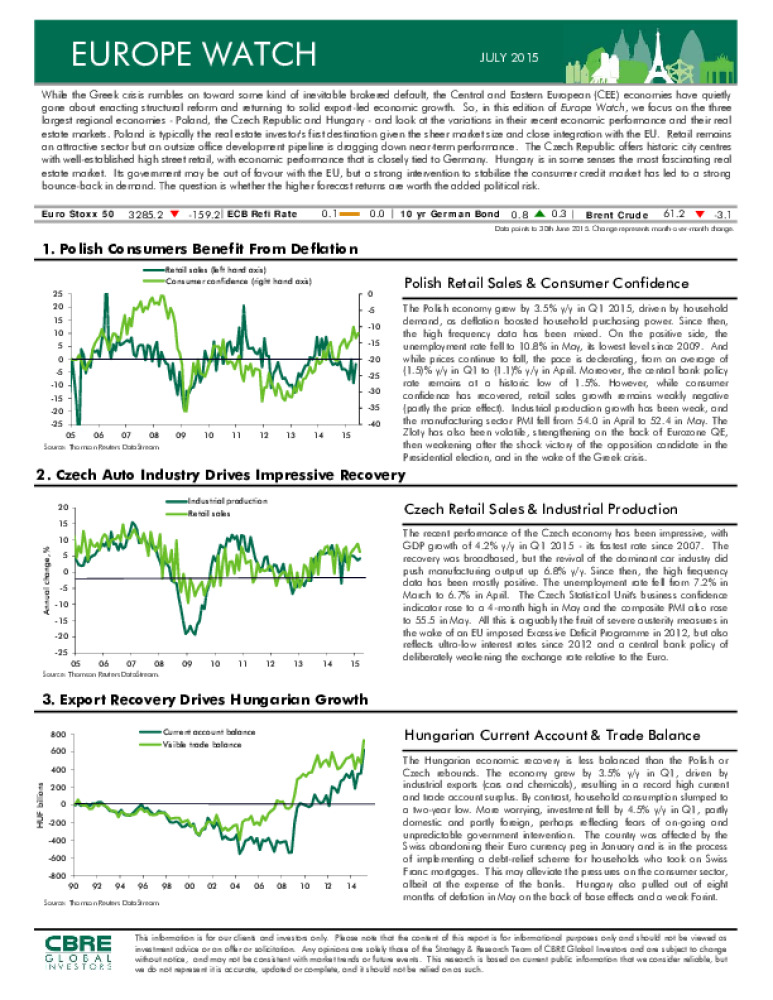 While the Greek crisis rumbles on toward some kind of inevitable brokered default, the Central and Eastern European (CEE) economies have quietly gone about enacting structural reform and returning to solid export-led economic growth. So, in this edition of Europe Watch, we focus on the three largest regional economies - Poland, the Czech Republic and Hungary - and look at the variations in their recent economic performance and their real estate markets. Poland is typically the real estate investor's first destination given the sheer market size and close integration with the EU. Retail remains an attractive sector but an outsize office development pipeline is dragging down near-term performance. The Czech Republic offers historic city centres with well-established high street retail, with economic performance that is closely tied to Germany. Hungary is in some senses the most fascinating real estate market. Its government may be out of favour with the EU, but a strong intervention to stabilise the consumer credit market has led to a strong bounce-back in demand. The question is whether the higher forecast returns are worth the added political risk.