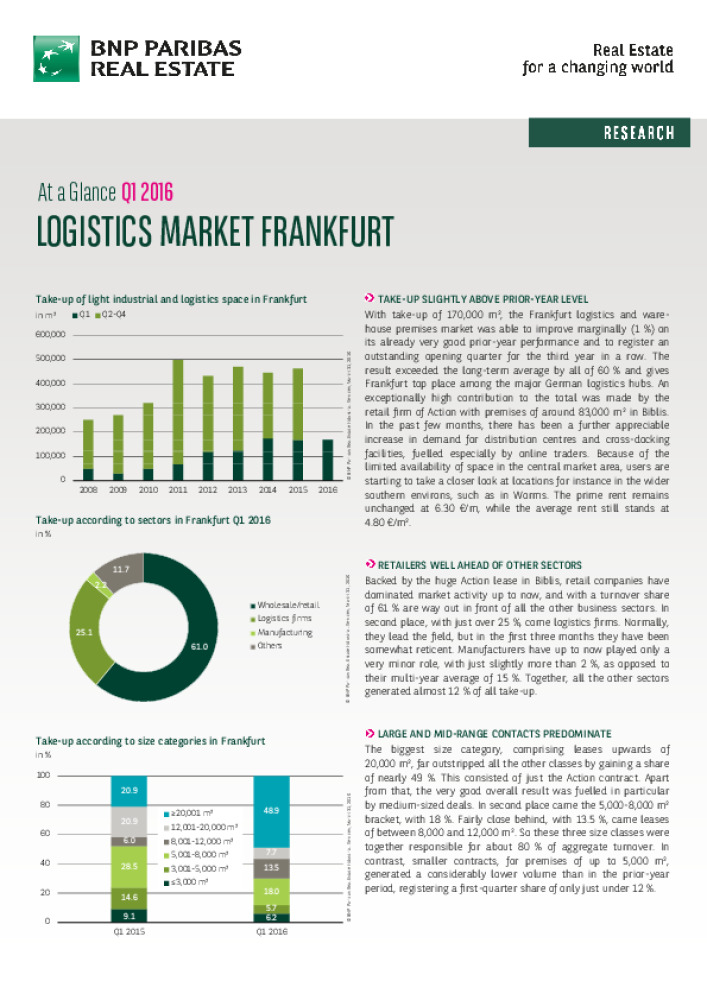 With take-up of 170,000 m², the Frankfurt logistics and warehouse premises market was able to improve marginally (1 %) on its already very good prior-year performance and to register an outstanding opening quarter for the third year in a row. The result exceeded the long-term average by all of 60 % and gives Frankfurt top place among the major German logistics hubs. An exceptionally high contribution to the total was made by the retail firm of Action with premises of around 83,000 m² in Biblis. In the past few months, there has been a further appreciable increase in demand for distribution centres and cross-docking facilities, fuelled especially by online traders. Because of the limited availability of space in the central market area, users are starting to take a closer look at locations for instance in the wider southern environs, such as in Worms. The prime rent remains unchanged at 6.30 €/m, while the average rent still stands at 4.80 €/m².

Backed by the huge Action lease in Biblis, retail companies have dominated market activity up to now, and with a turnover share of 61 % are way out in front of all the other business sectors. In second place, with just over 25 %, come logistics firms. Normally, they lead the field, but in the first three months they have been somewhat reticent. Manufacturers have up to now played only a very minor role, with just slightly more than 2 %, as opposed to their multi-year average of 15 %. Together, all the other sectors generated almost 12 % of all take-up. 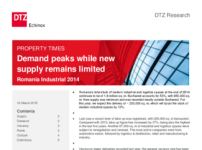