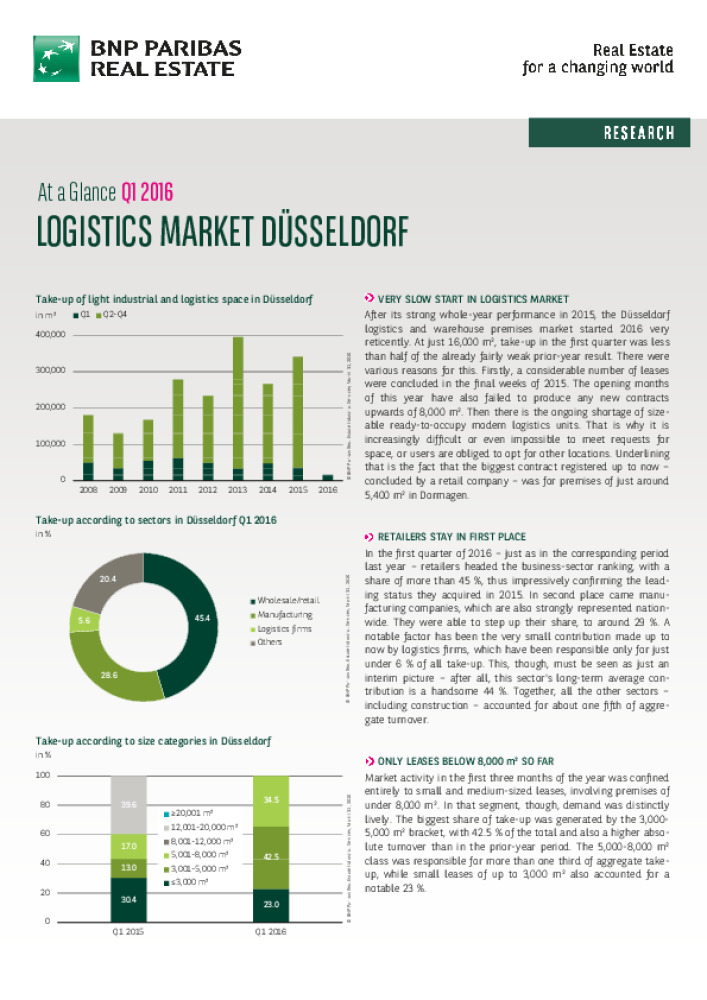 After its strong whole-year performance in 2015, the Düsseldorf logistics and warehouse premises market started 2016 very reticently. At just 16,000 m², take-up in the first quarter was less than half of the already fairly weak prior-year result. There were various reasons for this. Firstly, a considerable number of leases were concluded in the final weeks of 2015. The opening months of this year have also failed to produce any new contracts upwards of 8,000 m². Then there is the ongoing shortage of sizeable ready-to-occupy modern logistics units. That is why it is increasingly difficult or even impossible to meet requests for space, or users are obliged to opt for other locations. Underlining that is the fact that the biggest contract registered up to now – concluded by a retail company – was for premises of just around 5,400 m² in Dormagen.