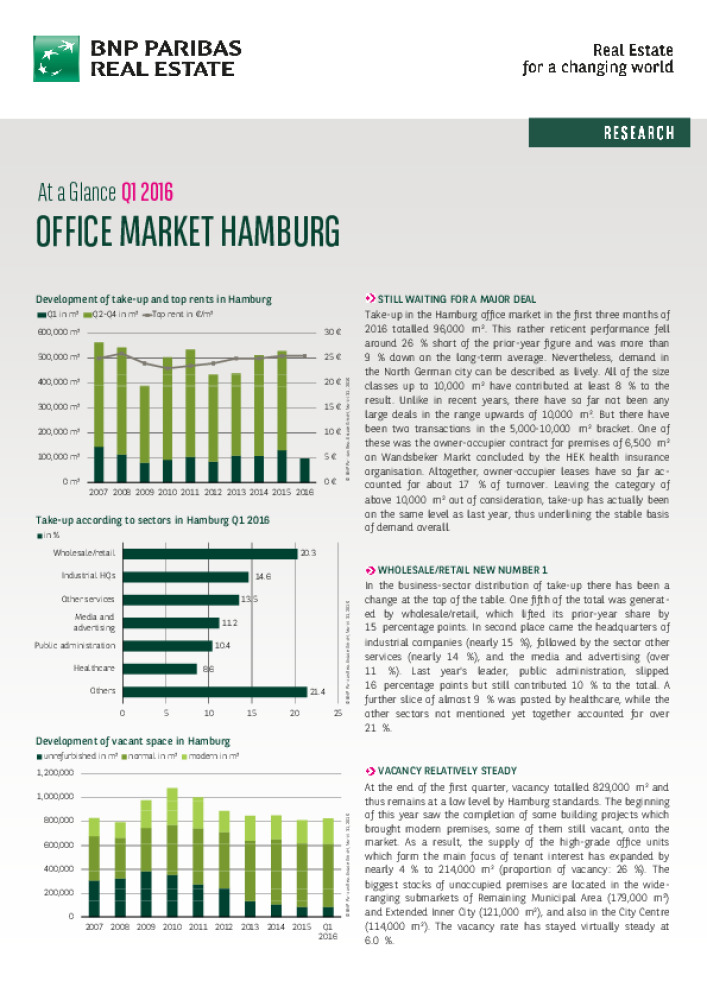 Take-up in the Hamburg office market in the first three months of 2016 totalled 96,000 m². This rather reticent performance fell around 26 % short of the prior-year figure and was more than 9 % down on the long-term average. Nevertheless, demand in the North German city can be described as lively. All of the size classes up to 10,000 m² have contributed at least 8 % to the result. Unlike in recent years, there have so far not been any large deals in the range upwards of 10,000 m². But there have been two transactions in the 5,000-10,000 m² bracket. One of these was the owner-occupier contract for premises of 6,500 m² on Wandsbeker Markt concluded by the HEK health insurance organisation. Altogether, owner-occupier leases have so far accounted for about 17 % of turnover. Leaving the category of above 10,000 m² out of consideration, take-up has actually been on the same level as last year, thus underlining the stable basis of demand overall.