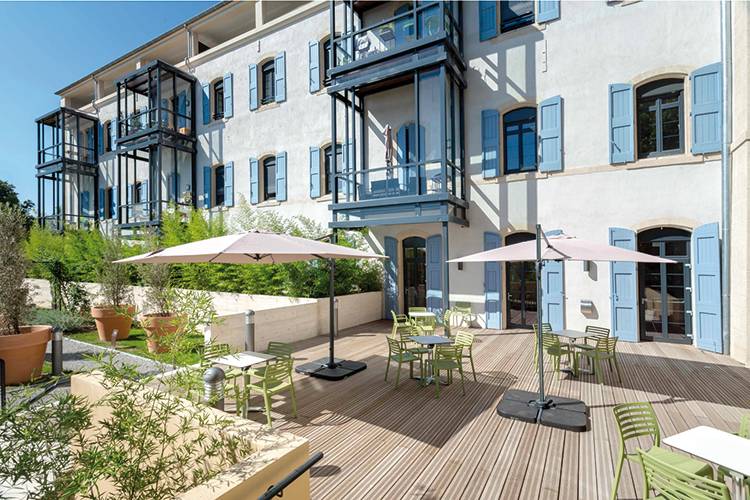 Published exclusively for Business Immo, Guedj, Research Head for Swiss Life REIM (France), says this trend has been particularly evidenced in France by the number of SCPIs, OPCIs and dedicated funds that have recently combined or substituted healthcare into their asset mix.

“Investors with risk aversion, meaning a higher volatility of yields to make it simple, now prefer demographic assets including healthcare and senior residences," Guedj says. "By contrast to traditional allocation strategies used by large institutions with a cautious risk profile, healthcare, with its diversifying power, has become a sector to target for medium or long-term portfolios.”

Guedj notes that the MSCI 2017 yield index shows that amid a total return average of 8% across all sectors, healthcare/senior residences produced a return of 7.9%, second only to office (8.4%) and ahead of retail (7.3%). “The fierce appetite for the healthcare sector and senior residences squeezed rates and boosted the return on capital in 2017," she writes. "Moreover, the optimistic expectations of investors for these asset classes are supported by simple statistics but representative of future demand of our 'silver society'."

The report says: “Many economies seek to contain their structural deficit, especially in hospital care. In the long term, this would mean a change in the care of patients - more outpatients and surgical procedures via the private sector - while digitalisation, therapeutic innovation and robotisation could make it possible to rethink the real estate needs of seniors before they enter old age. Between 60 and 85 years, needs will be differentiated, and the supply of real estate should be able to fill the almost non-existent gap between the personal housing of seniors needing home help and the Ehpad system - accommodation for patients with a high dependency level."

She cites progress made with the phenomenon in the US where the senior housing market has developed over the last 30 years, with real estate investment trusts the first to roll out products. Still non-existent in the 1990s, today 19 REITs specialising in healthcare and senior residences have reached a capitalisation close to 9% of all REITs at nearly $1tr.

As health and demographic variables are not as impacted by the US business cycle as employment or consumer spending, these REITs have offered a higher performance. Since 2000 they have produced total returns of 12.7% p.a., as against 7.8% for office REITs, 7.6% for industrial REITs, 8.5% for shopping center REITs and 8.8% for diversified REITs. “According to US national statistics, the number of new baby boomers over the age of 65 is estimated at 10,000 per day," concludes Guedj. "The growth rate of over 85s is the highest of any age class in the United States; everything is set for the success of the seniors residences of tomorrow!”