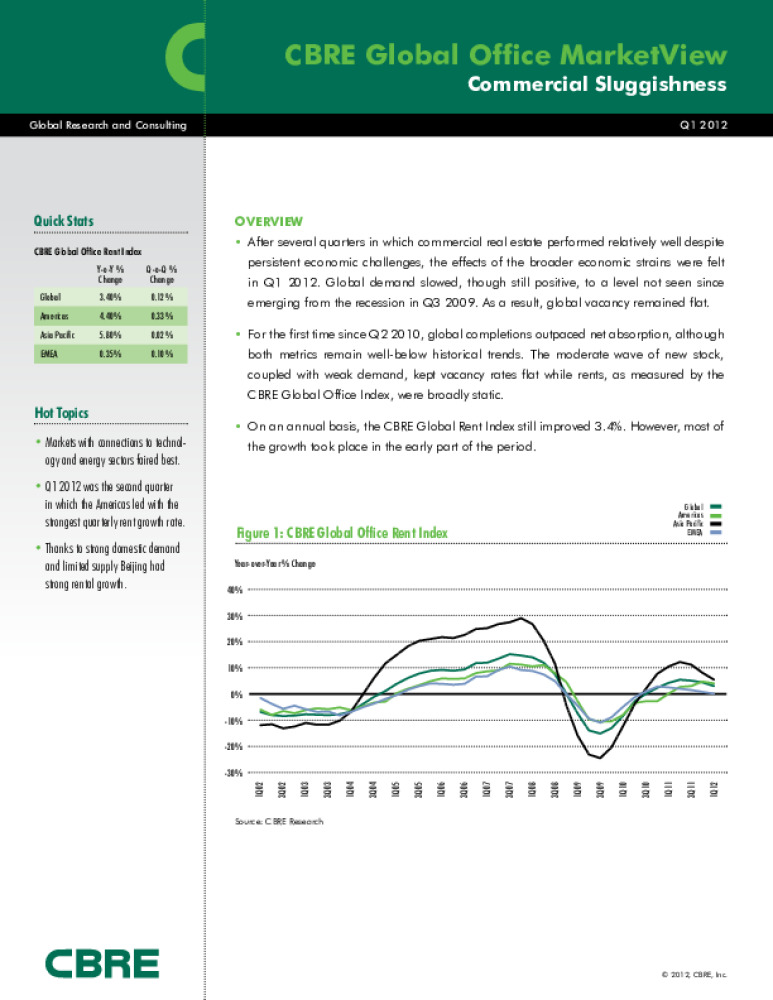 After several quarters in which commercial real estate performed relatively well despite persistent economic challenges, the effects of the broader economic strains were felt in Q1 2012. Global demand slowed, though still positive, to a level not seen since emerging from the recession in Q3 2009. As a result, global vacancy remained flat.
For the first time since Q2 2010, global completions outpaced net absorption, although both metrics remain well-below historical trends. The moderate wave of new stock, coupled with weak demand, kept vacancy rates flat while rents, as measured by the CBRE Global Office Index, were broadly static.
On an annul basis, the CBRE Global Rent Index still improved 3.4%. However, most of the growth took place in the early part of the period. 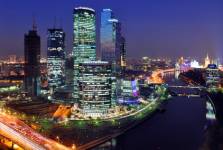 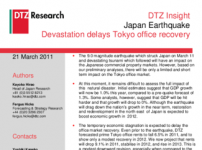