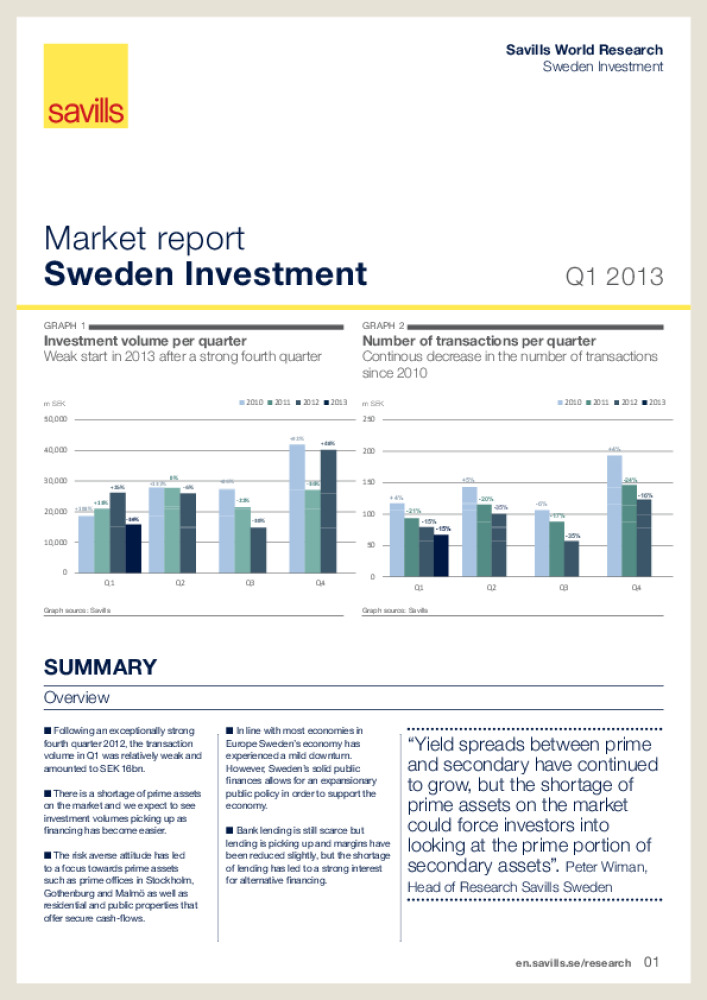 Following an exceptionally strong fourth quarter 2012, the transaction volume in Q1 was relatively weak and amounted to SEK 16bn.

There is a shortage of prime assets on the market and we expect to see investment volumes picking up as financing has become easier.

The risk averse attitude has led to a focus towards prime assets such as prime offices in Stockholm, Gothenburg and Malmö as well as residential and public properties that offer secure cash-flows.

In line with most economies in Europe Sweden’s economy has experienced a mild downturn. However, Sweden’s solid public finances allows for an expansionary public policy in order to support the economy.

Bank lending is still scarce but lending is picking up and margins have been reduced slightly, but the shortage of lending has led to a strong interest for alternative financing.