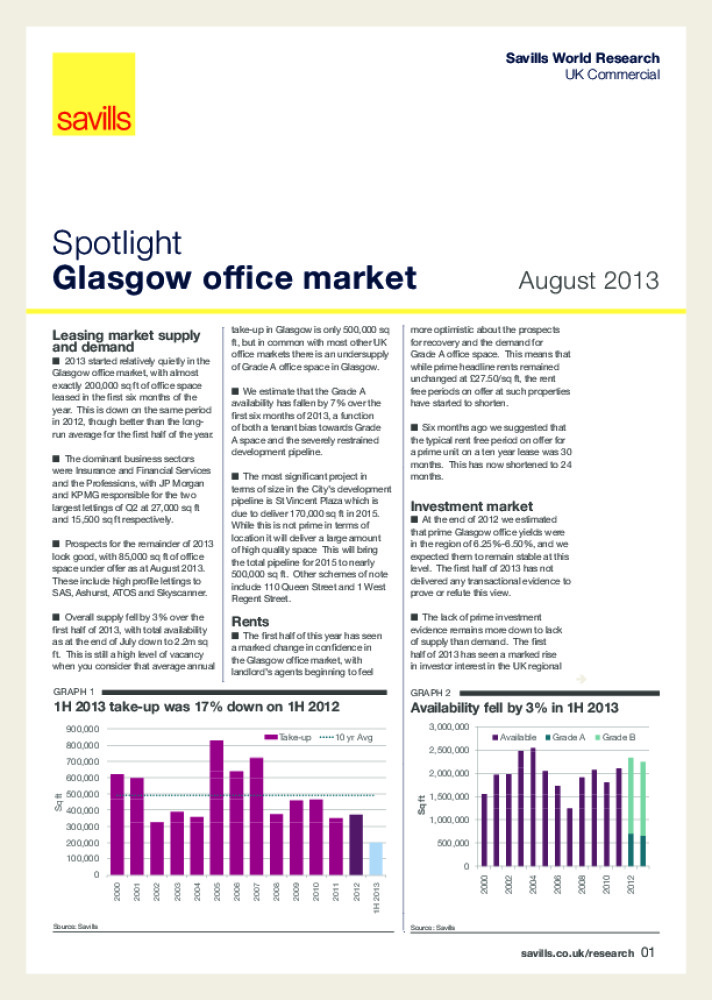 2013 started relatively quietly in the Glasgow office market, with almost exactly 200,000 sq ft of office space leased in the first six months of the year. This is down on the same period in 2012, though better than the longrun average for the first half of the year.

The dominant business sectors were Insurance and Financial Services and the Professions, with JP Morgan and KPMG responsible for the two largest lettings of Q2 at 27,000 sq ft and 15,500 sq ft respectively.

Prospects for the remainder of 2013 look good, with 85,000 sq ft of office space under offer as at August 2013. These include high profile lettings to SAS, Ashurst, ATOS and Skyscanner.

Overall supply fell by 3% over the first half of 2013, with total availability as at the end of July down to 2.2m sq ft. This is still a high level of vacancy when you consider that average annual take-up in Glasgow is only 500,000 sq ft, but in common with most other UK office markets there is an undersupply of Grade A office space in Glasgow