The global office market is poised for slow steady growth in 2014, while 2015 should be more robust as recovery takes hold and business gains renewed confidence. Jakarta, Dublin and Boston are the regional leaders among the top cities forecasted to see the highest office rental rate growth through 2015.

The report’s findings include : 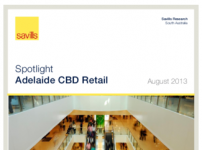