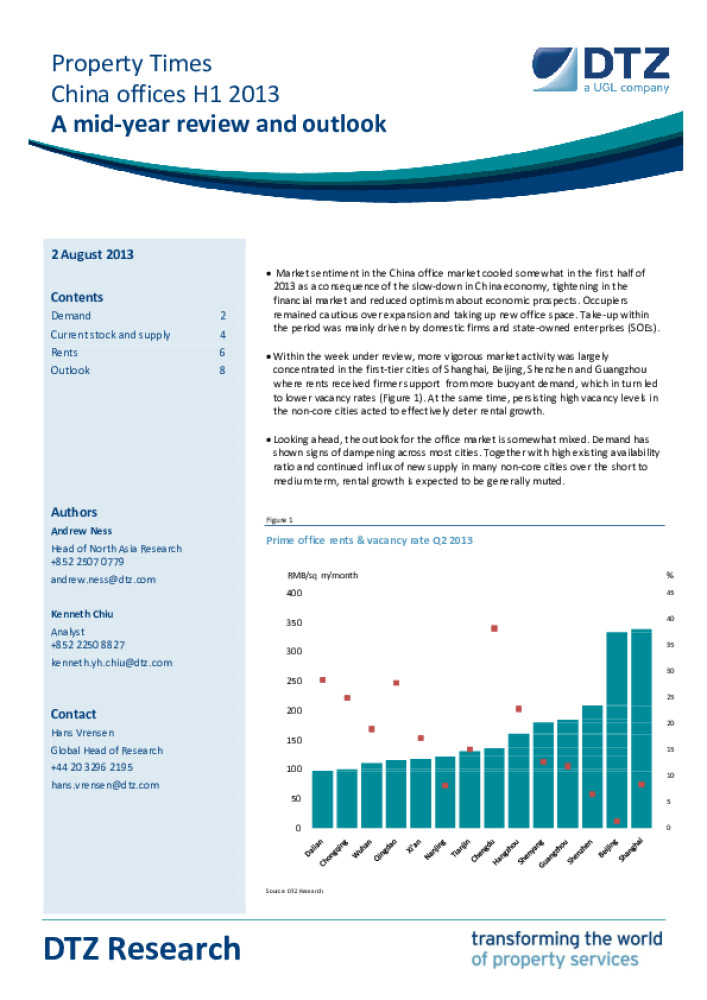 Market sentiment in the China office market cooled somewhat in the first half of 2013 as a consequence of the slow-down in China economy, tightening in the financial market and reduced optimism about economic prospects. Occupiers remained cautious over expansion and taking up new office space. Take-up within the period was mainly driven by domestic firms and state-owned enterprises (SOEs).

Within the week under review, more vigorous market activity was largely concentrated in the first-tier cities of Shanghai, Beijing, Shenzhen and Guangzhou where rents received firmer support from more buoyant demand, which in turn led to lower vacancy rates. At the same time, persisting high vacancy levels in the non-core cities acted to effectively deter rental growth.

Looking ahead, the outlook for the office market is somewhat mixed. Demand has shown signs of dampening across most cities. Together with high existing availability ratio and continued influx of new supply in many non-core cities over the short to medium term, rental growth is expected to be generally muted.