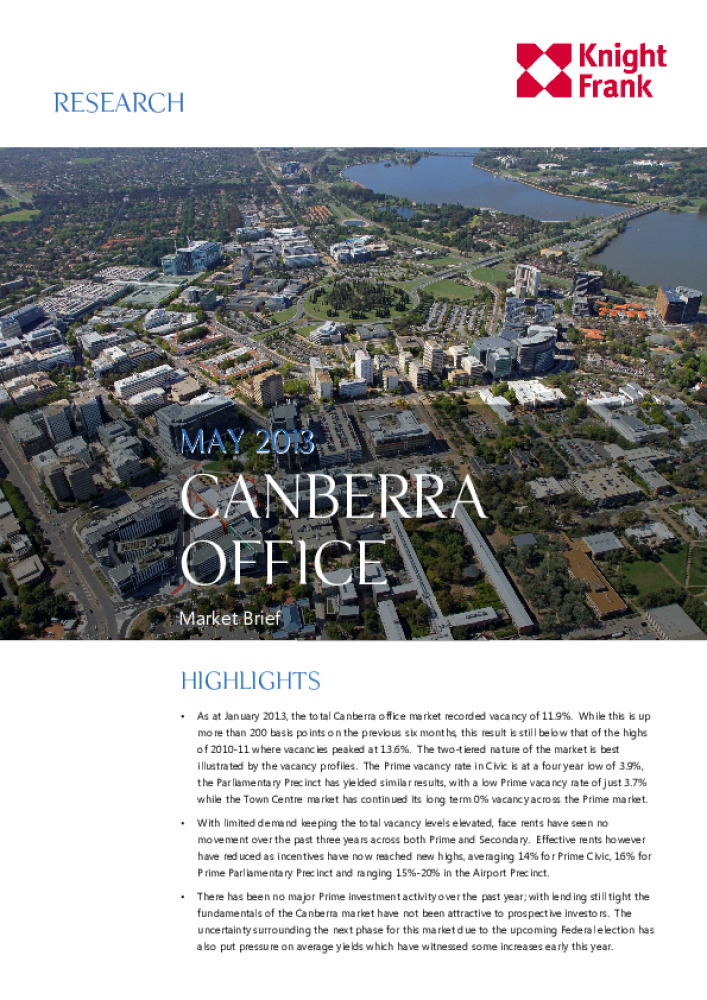 As at January 2013, the total Canberra office market recorded vacancy of 11.9%. While this is up more than 200 basis points on the previous six months, this result is still below that of the highs of 2010-11 where vacancies peaked at 13.6%. The two-tiered nature of the market is best illustrated by the vacancy profiles. The Prime vacancy rate in Civic is at a four year low of 3.9%, the Parliamentary Precinct has yielded similar results, with a low Prime vacancy rate of 3.7% while the Town Centre market has continued its long term 0% vacancy across the Prime market.

With limited demand keeping the total vacancy levels elevated, face rents have seen no movement over the past three years across both Prime and Secondary. Effective rents however have reduced as incentives have now reached new highs, averaging 14% for Prime Civic, 16% for Prime Parliamentary Precinct and ranging 15%-20% in the Airport Precinct.

There has been no major Prime investment activity over the past year; with lending still tight the fundamentals of the Canberra market have not been attractive to prospective investors. The uncertainty surrounding the next phase for this market due to the upcoming Federal election has also put pressure on average yields which have witnessed some increases early this year.