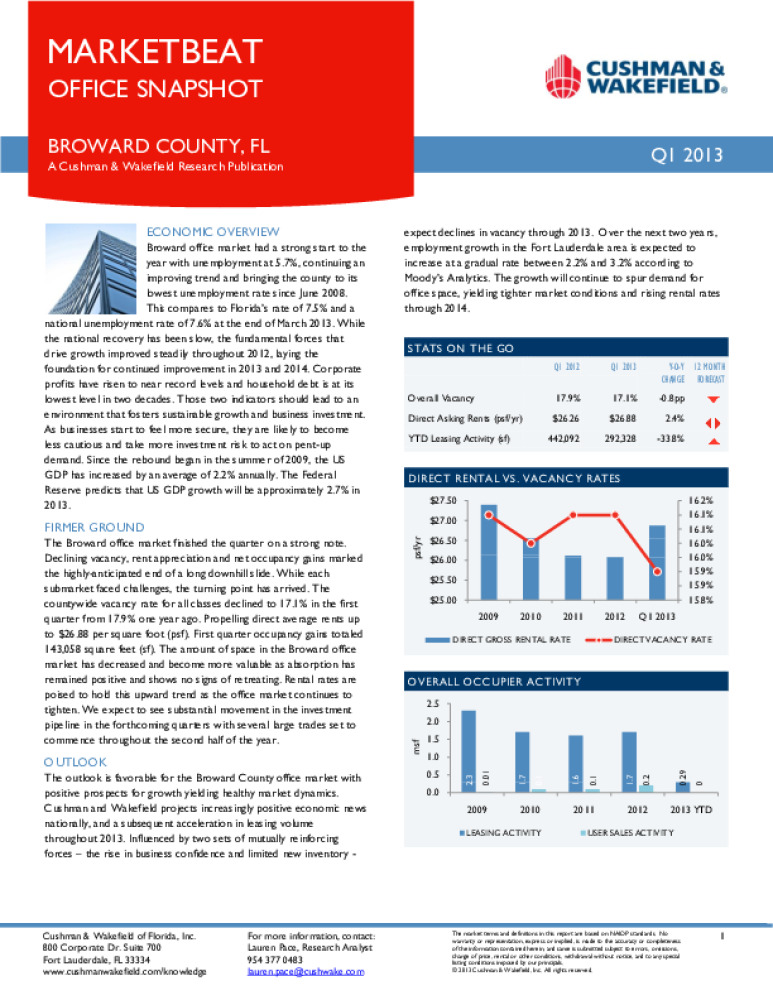 Broward office market had a strong start to the year with unemployment at 5.7%, continuing an improving trend and bringing the county to its lowest unemployment rate since June 2008. This compares to Florida’s rate of 7.5% and a national unemployment rate of 7.6% at the end of March 2013. While the national recovery has been slow, the fundamental forces that drive growth improved steadily throughout 2012, laying the foundation for continued improvement in 2013 and 2014.