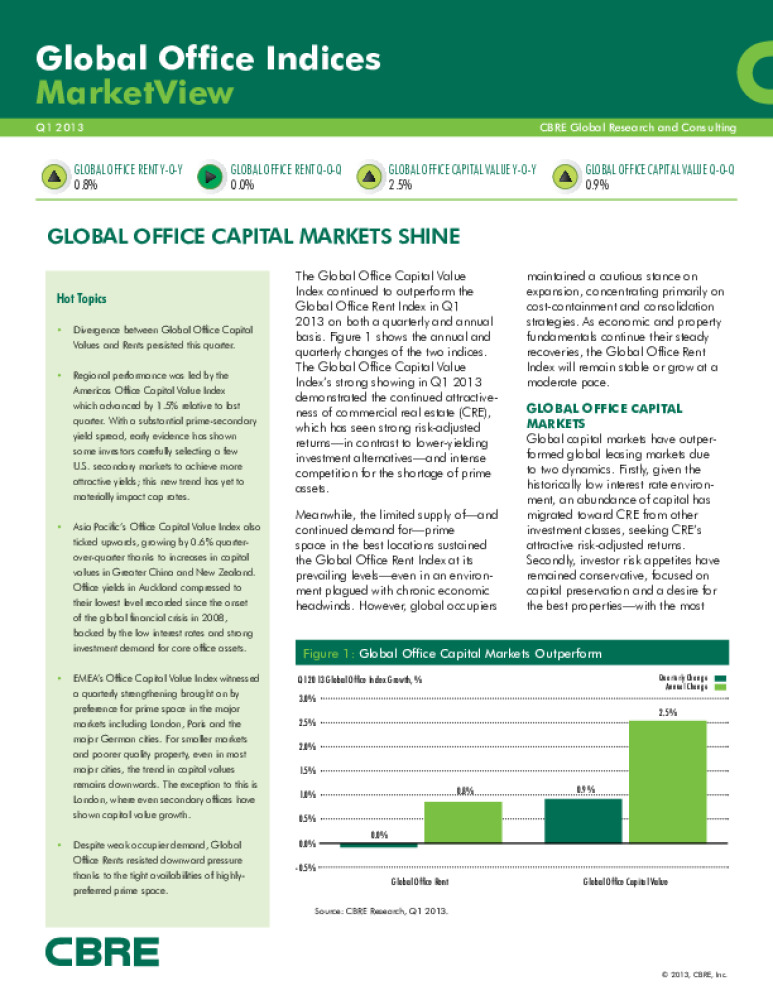 Divergence between Global Office Capital Values and Rents persisted this quarter.
Regional performance was led by the Americas Office Capital Value Index which advanced by 1.5% relative to last quarter. With a substantial prime-secondary yield spread, early evidence has shown some investors carefully selecting a few U.S. secondary markets to achieve more attractive yields; this new trend has yet to materially impact cap rates.
Asia Pacific’s Office Capital Value Index also ticked upwards, growing by 0.6% quarterover-quarter thanks to increases in capital values in Greater China and New Zealand. Office yields in Auckland compressed to their lowest level recorded since the onset of the global financial crisis in 2008, backed by the low interest rates and strong investment demand for core office assets.
EMEA’s Office Capital Value Index witnessed a quarterly strengthening brought on by preference for prime space in the major markets including London, Paris and the major German cities. For smaller markets and poorer quality property, even in most major cities, the trend in capital values remains downwards. The exception to this is London, where even secondary offices have shown capital value growth.
Despite weak occupier demand, Global Office Rents resisted downward pressure thanks to the tight availabilities of highlypreferred prime space.