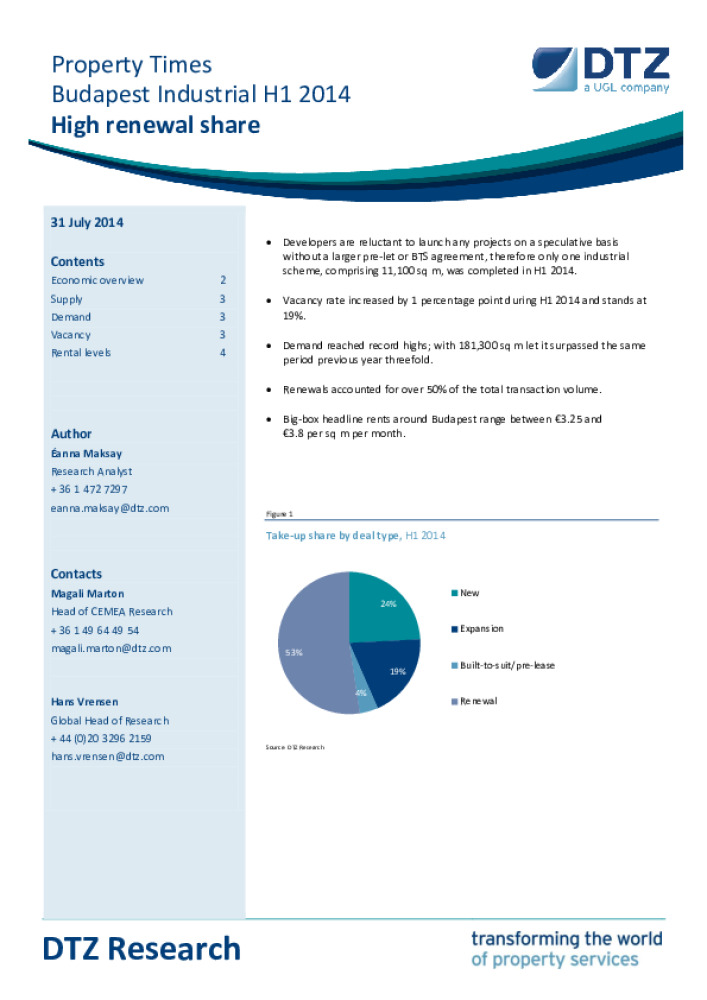 Developers are reluctant to launch any projects on a speculative basis without a larger pre-let or BTS agreement, therefore only one industrial scheme, comprising 11,100 sq m, was completed in H1 2014.

Vacancy rate increased by 1 percentage point during H1 2014 and stands at 19%.

Renewals accounted for over 50% of the total transaction volume.

Big-box headline rents around Budapest range between €3.25 and €3.8 per sq m per month.