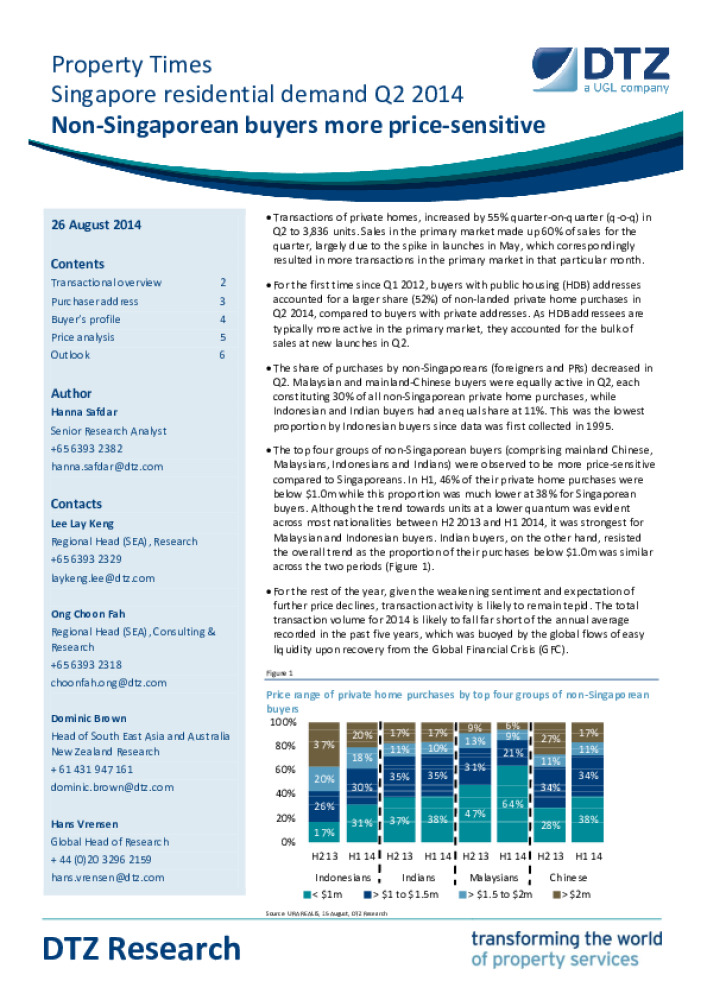 For the first time since Q1 2012, buyers with public housing (HDB) addresses accounted for a larger share (52%) of non-landed private home purchases in Q2 2014, compared to buyers with private addresses. As HDB addressees are typically more active in the primary market, they accounted for the bulk of sales at new launches in Q2.

The share of purchases by non-Singaporeans (foreigners and PRs) decreased in Q2. Malaysian and mainland-Chinese buyers were equally active in Q2, each constituting 30% of all non-Singaporean private home purchases, while Indonesian and Indian buyers had an equal share at 11%. This was the lowest proportion by Indonesian buyers since data was first collected in 1995.

Singapore : Demand to continue to be project-specific - Q4 2013