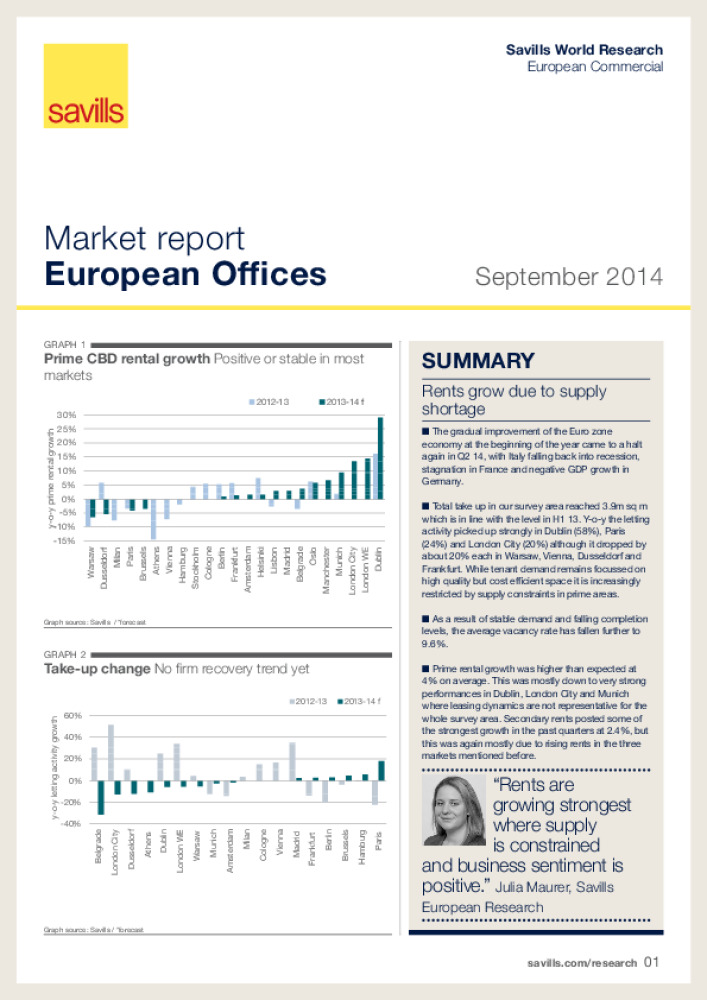 The gradual improvement of the Euro zone economy at the beginning of the year came to a halt again in Q2 14, with Italy falling back into recession, stagnation in France and negative GDP growth in Germany.

Total take up in our survey area reached 3.9m sq m which is in line with the level in H1 13. Y-o-y the letting activity picked up strongly in Dublin (58%), Paris (24%) and London City (20%) although it dropped by about 20% each in Warsaw, Vienna, Dusseldorf and Frankfurt. While tenant demand remains focused on high quality but cost efficient space it is increasingly restricted by supply constraints in prime areas.

As a result of stable demand and falling completion levels, the average vacancy rate has fallen further to 9.6%.

Prime rental growth was higher than expected at 4% on average. This was mostly down to very strong performances in Dublin, London City and Munich where leasing dynamics are not representative for the whole survey area. Secondary rents posted some of the strongest growth in the past quarters at 2.4%, but this was again mostly due to rising rents in the three markets mentioned before. 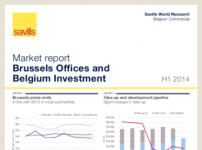