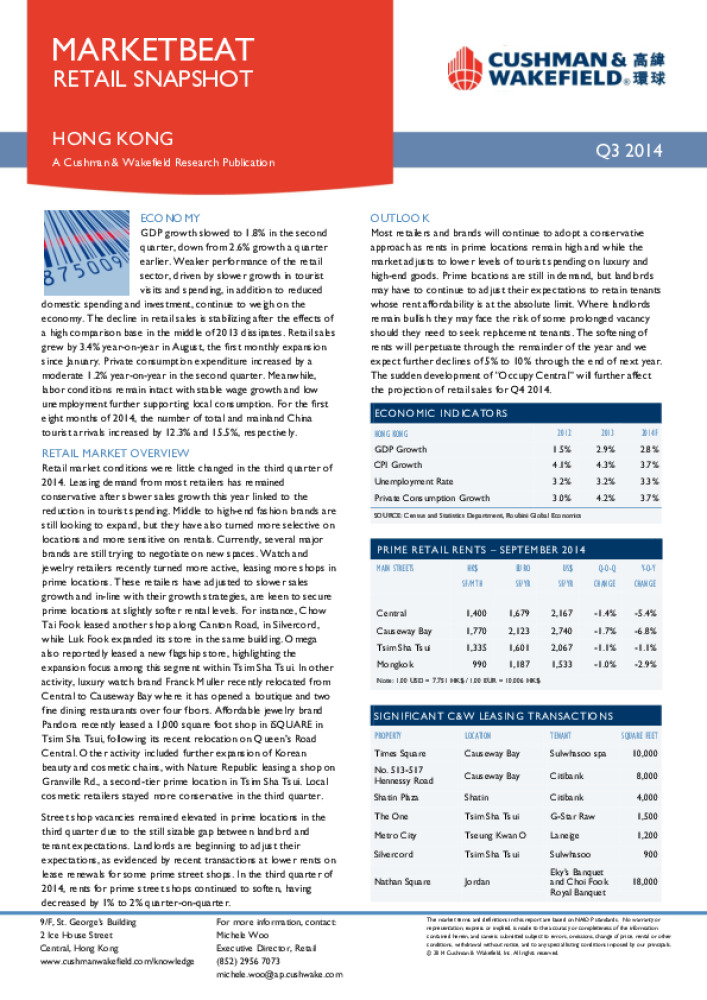 GDP growth slowed to 1.8% in the second quarter, down from 2.6% growth a quarter earlier. Weaker performance of the retail sector, driven by slower growth in tourist visits and spending, in addition to reduced domestic spending and investment, continue to weigh on the economy. The decline in retail sales is stabilizing after the effects of a high comparison base in the middle of 2013 dissipates. Retail sales grew by 3.4% year-on-year in August, the first monthly expansion since January.