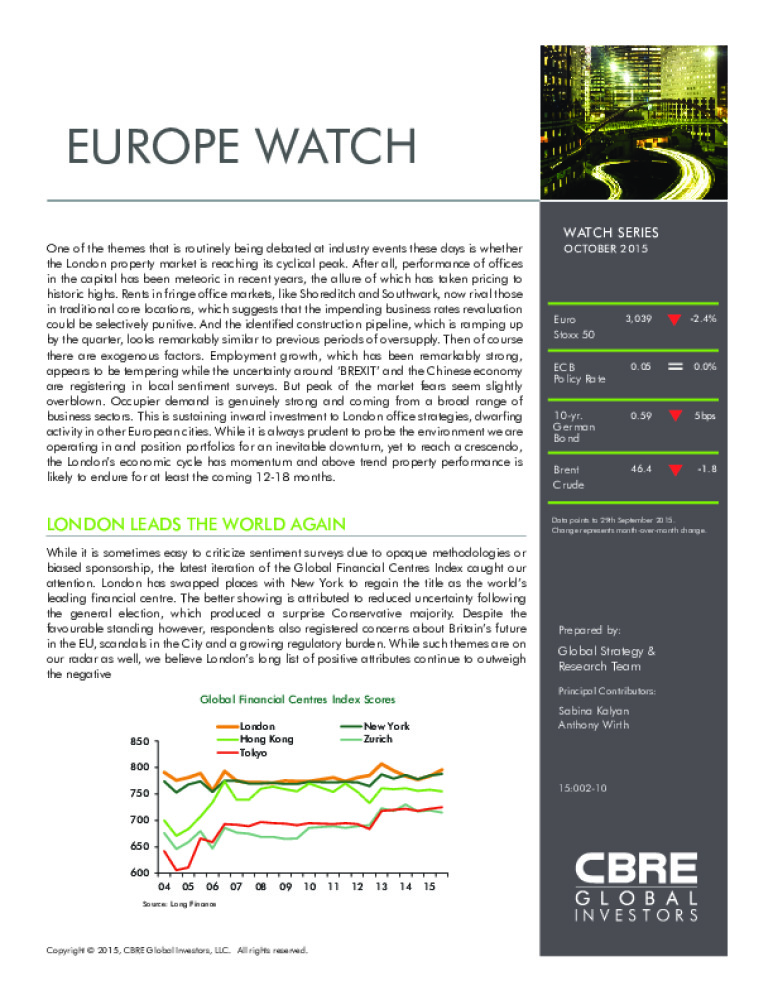 One of the themes that is routinely being debated at industry events these days is whether the London property market is reaching its cyclical peak. After all, performance of offi ces in the capital has been meteoric in recent years, the allure of which has taken pricing to historic highs. Rents in fringe offi ce markets, like Shoreditch and Southwark, now rival those in traditional core locations, which suggests that the impending business rates revaluation could be selectively punitive. And the identifi ed construction pipeline, which is ramping up by the quarter, looks remarkably similar to previous periods of oversupply. Then of course there are exogenous factors. Employment growth, which has been remarkably strong, appears to be tempering while the uncertainty around ‘BREXIT’ and the Chinese economy are registering in local sentiment surveys. But peak of the market fears seem slightly overblown. Occupier demand is genuinely strong and coming from a broad range of business sectors. This is sustaining inward investment to London offi ce strategies, dwarfi ng activity in other European cities. While it is always prudent to probe the environment we are operating in and position portfolios for an inevitable downturn, yet to reach a crescendo, the London’s economic cycle has momentum and above trend property performance is likely to endure for at least the coming 12-18 months.