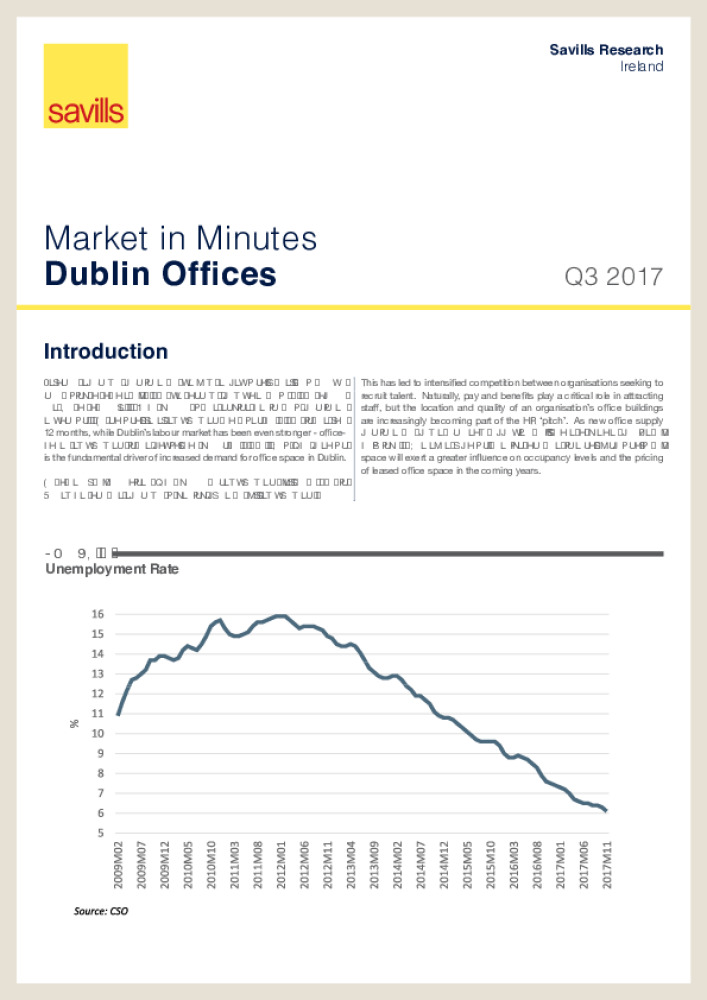 Ireland’s economy continues to perform exceptionally well with output now rising at a rate of 5.8% per annum (compared with 2.0% across the EU as a whole). Jobs growth is the engine behind this continued expansion. At national level employment has risen by 2.4% in the last 12 months, while Dublin’s labour market has been even stronger - officebased employment in the capital has grown by 2.8%. This jobs creation is the fundamental driver of increased demand for office space in Dublin.

As a result of sustained jobs growth unemployment fell to 6.1% in November and the economy is getting closer to full employment.

This has led to intensified competition between organisations seeking to recruit talent. Naturally, pay and benefits play a critical role in attracting staff, but the location and quality of an organisation’s office buildings are increasingly becoming part of the HR ‘pitch’. As new office supply continues to come onstream occupiers will have a greater choice of buildings. Therefore location, design and the internal functionality of space will exert a greater influence on occupancy levels and the pricing of leased office space in the coming years. 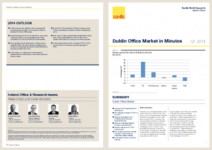