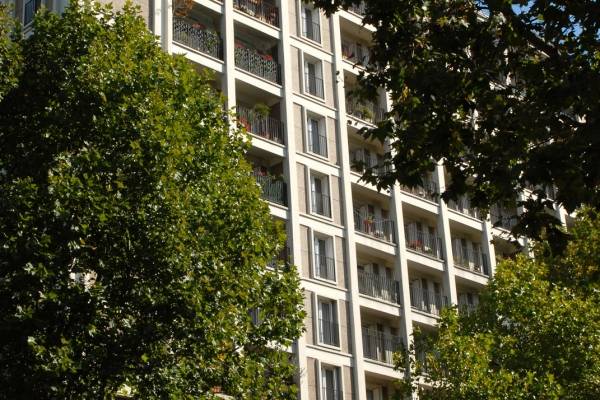 In a deal being watched at home and abroad, French railway SNCF is selling a portfolio of 4,000 homes in a rare public sector sale that has been quietly offered in the market since Mipim. Is Germany's Vonovia interested? Not impossible.

The SNCF is selling 135 buildings totaling 4,000 homes owned by Novedis, a subsidiary of its ICF Habitat unit, a SNCF spokesman told Business Immo on Friday, confirming details reported in Le Figaro newspaper. "Novedis is going to sell on the market 4,000 homes that it now qualifies as non-core," the spokesperson said in response to an enquiry.

The operation concerns half of the 8,000 rent-free housing units owned by Novedis, which has created a property company that is now offering 80% of its capital to the market. The portfolio, named Vesta, has been in the market for the last six weeks on offer by adviser JLL and HSBC bank. SNCF counts on receiving two or three firm offers by the summer and in the autumn will choose the buyer to complete the final transaction by the end of 2018, Le Figaro said.

SNCF has received about 20 indicative offers from potential buyers that include Swiss insurance group Swiss Life and CDC Habitat, a unit of France's Caisse de Depots state financial group formerly known as SNI. No other names are known. But another near certain bidder is Powerhouse Habitat, a residential company set up late last year by Daniel Rigny's Paris and London-based private equity group TwentyTwo Real Estate.

Rigny told BIE in an interview at MIPIM that the SNCF portfolio was a priority target of Powerhouse Habitat. The target consists of housing for employees, very similar to PH's core residential portfolio of EDF housing. SNCF has about 90,000 regulated and 8,000 unregulated units, and is selling half of the latter. The move to instigate the first recent housing disposal by the French public sector is part of President Emmanuel Macron's government reforms for the affordable housing sector. This encourages communal housing firms to consolidate into larger more economic units and to sell off non-regulated housing to raise cash for capex on their affordable stock.

Although Le Figaro said the package generates annual rents of €40m and is offered for sale at around €1.3bn, the price sounds high. BIE sources put the annual rent slightly above this but add that at a 5% cash-on-cash yield - in other words 20 times annual income - the price would come in at a much lower €800m. Even if investors are prepared to pay a 4% yield, tight but not impossible, this would put the gross purchase price not much higher than €1bn. "It's unlikely that they will get much more than €1bn," one source said. "What I'm watching for is whether non-French investors will be interested, considering the 20% of equity staying in the hands of SNCF."

One intriguing aspect is whether CDC Habitat is making a bid for the SNCF portfolio on behalf of Germany's giant listed residential property group Vonovia. The two in autumn announced a cooperation, which initially made no sense because then-named SNI focuses on affordable housing. But Vonovia, in a release of its year-end figures last month, made clear that it has shifted away from its previous sole focus on Germany and Austria.

"The opportunities and challenges facing many European metropolitan areas are similar to those in Germany," the Vonovia release said. "This creates a large number of development opportunities, including outside the core market in Germany. Vonovia took the first step in this direction in October when it concluded a partnership agreement with the French Groupe SNI, which is now operating under its new name CDC Habitat. CDC Habitat is France's biggest landlord with around 348,000 apartments. The collaboration is aimed primarily at knowledge sharing and also aims to identify common growth and investment options."

Asked on Friday about possible involvement in a bid for the SNCF portfolio a Vonovia spokesman had no comment. BIE sources say however that other German names potentially interested could include the acquisitive listed group Patrizia, which focuses strongly on residential investments, as well as the Hamburg-based cooperative banking system manager Union Investment Real Estate which has recently launched its first ever residential property investment fund.

Rigny says the opportunity in housing in his native France is large. "The size we estimate in the social housing market is about 5m units and of this 13% - in essence intermediary housing - either already is or will come soon onto the free rental market," he told BIE. "That’s about 650,000 units - which is €30bn to €35bn of assets." 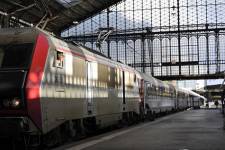