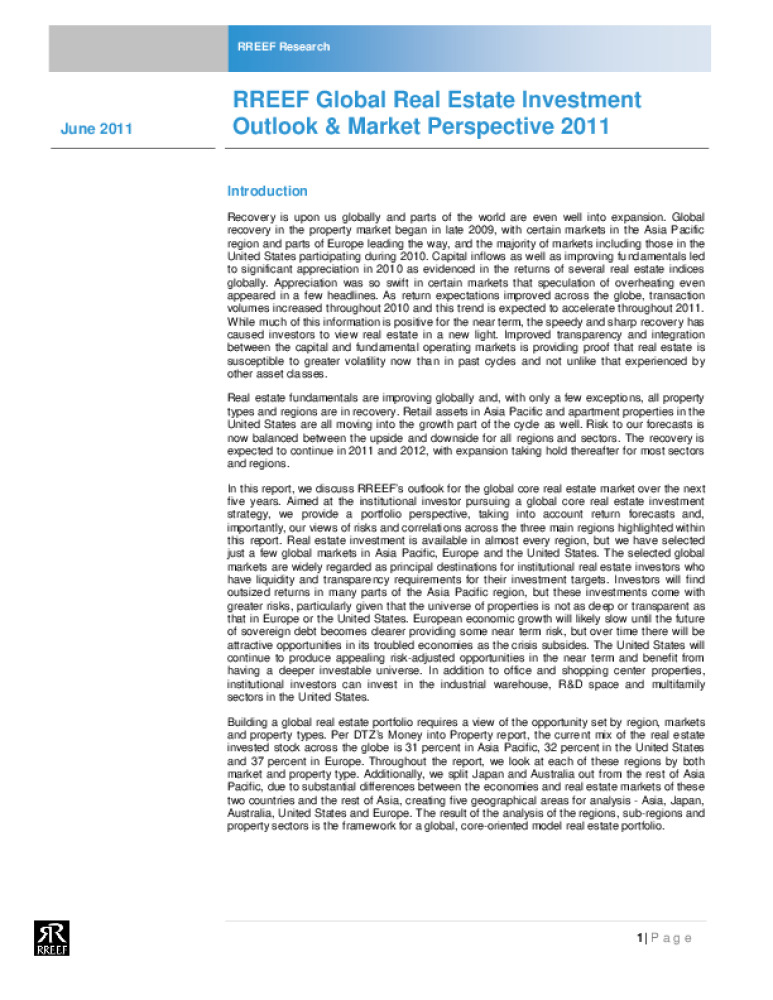 Recovery in the property market began in late 2009, with certain markets in the Asia Pacific region and parts of Europe leading the way, and the majority of markets including those in the United States participating during 2010. Capital inflows as well as improving fundamentals led to significant appreciation in 2010 as evidenced in the returns of several real estate indices globally. Appreciation was so swift in certain markets that speculation of overheating even appeared in a few headlines. As return expectations improved across the globe, transaction volumes increased throughout 2010 and this trend is expected to accelerate throughout 2011. While much of this information is positive for the near term, the speedy and sharp recovery has caused investors to view real estate in a new light. Improved transparency and integration between the capital and fundamental operating markets is providing proof that real estate is susceptible to greater volatility now than in past cycles and not unlike that experienced by other asset classes.

Real estate fundamentals are improving globally and, with only a few exceptions, all property types and regions are in recovery. Retail assets in Asia Pacific and apartment properties in the United States are all moving into the growth part of the cycle as well. Risk to our forecasts is now balanced between the upside and downside for all regions and sectors. The recovery is expected to continue in 2011 and 2012, with expansion taking hold thereafter for most sectors and regions.