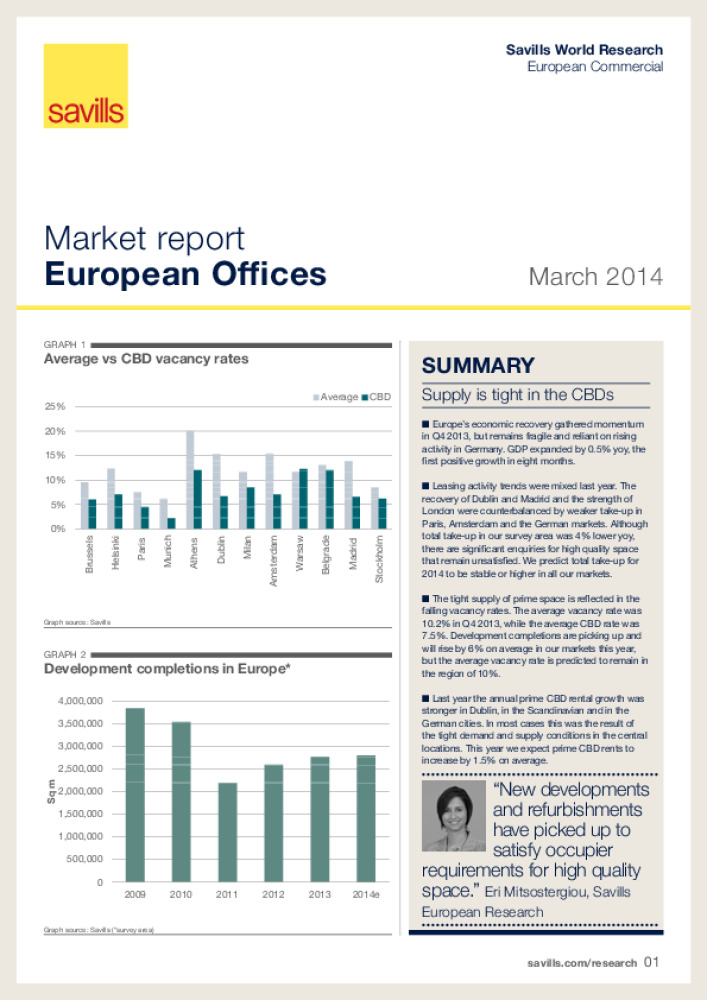 Leasing activity trends were mixed last year. The recovery of Dublin and Madrid and the strength of London were counterbalanced by weaker take-up in Paris, Amsterdam and the German markets. Although total take-up in our survey area was 4% lower yoy, there are significant enquiries for high quality space that remain unsatisfied. We predict total take-up for 2014 to be stable or higher in all our markets.

Last year the annual prime CBD rental growth was stronger in Dublin, in the Scandinavian and in the German cities. In most cases this was the result of the tight demand and supply conditions in the central locations. This year we expect prime CBD rents to increase by 1.5% on average. 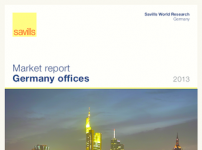