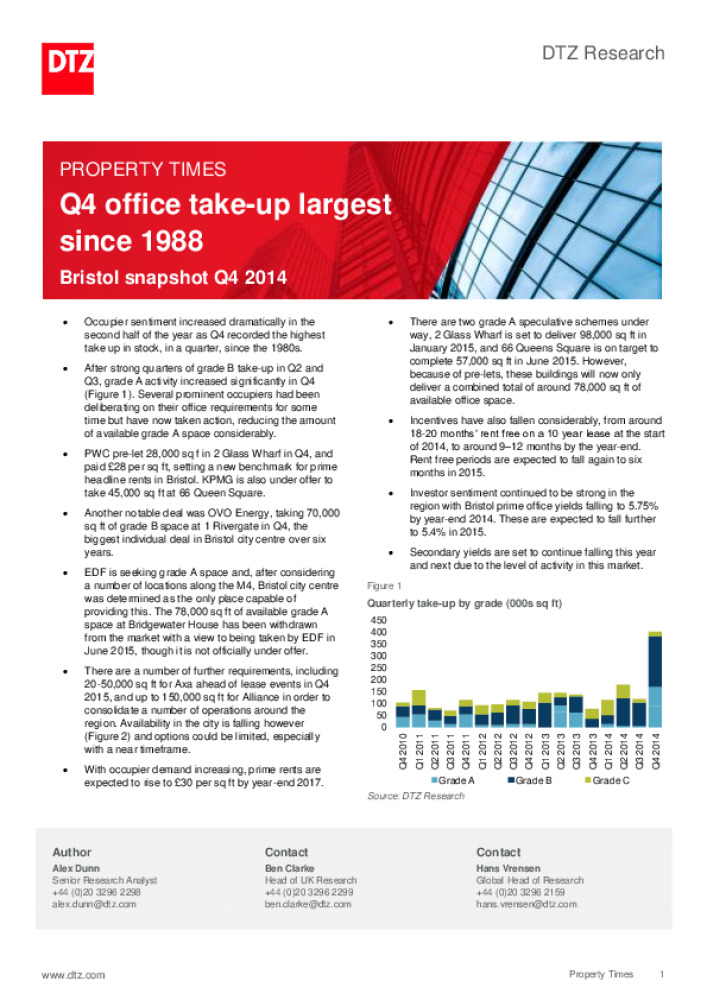 Occupier sentiment increased dramatically in the second half of the year as Q4 recorded the highest take up in stock, in a quarter, since the 1980s.

After strong quarters of grade B take-up in Q2 and Q3, grade A activity increased significantly in Q4. Several prominent occupiers had been deliberating on their office requirements for some time but have now taken action, reducing the amount of available grade A space considerably.