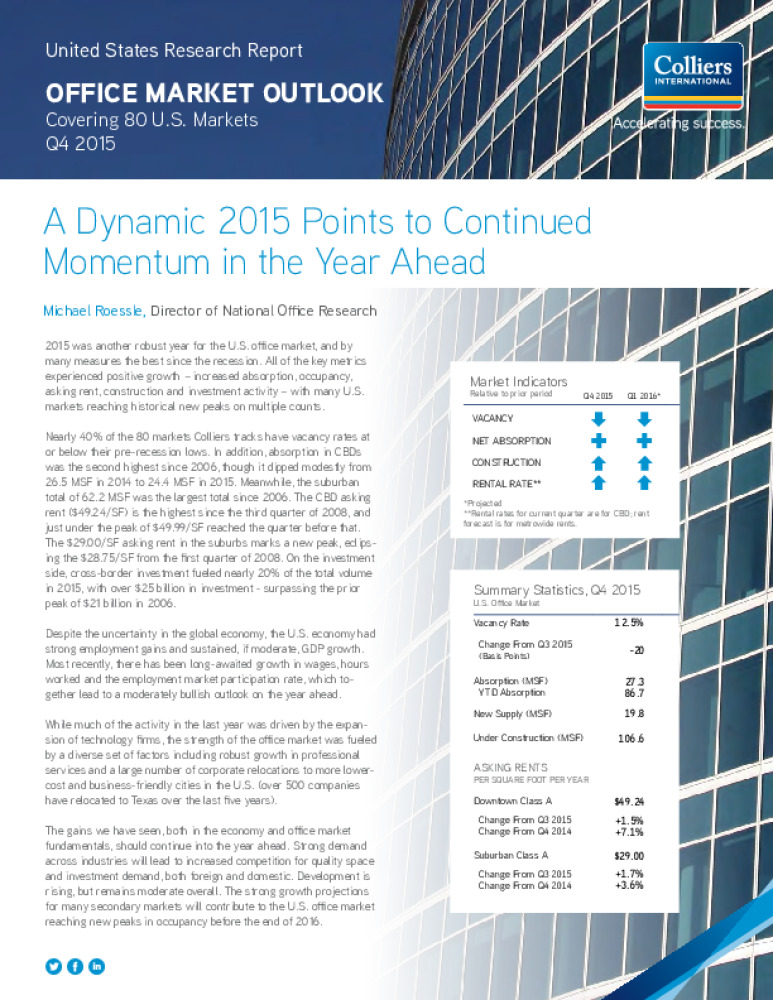 2015 was another robust year for the U.S. office market, and by many measures the best since the recession. All of the key metrics experienced positive growth – increased absorption, occupancy, asking rent, construction and investment activity – with many U.S. markets reaching historical new peaks on multiple counts. 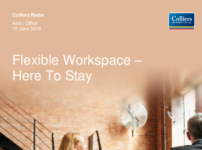