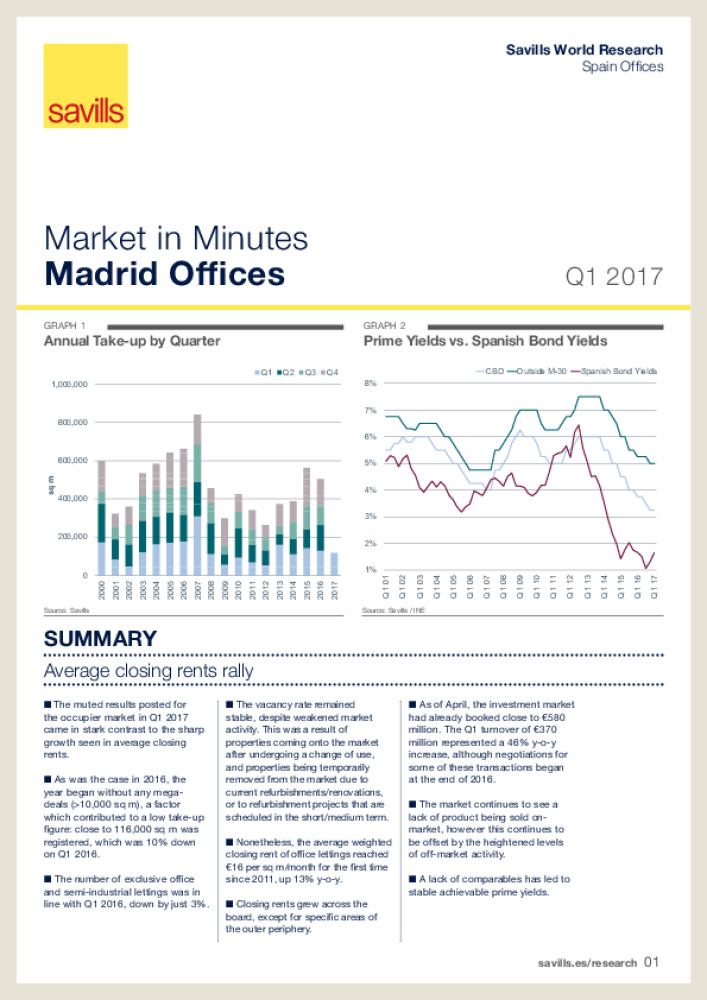 The muted results posted for the occupier market in Q1 2017 came in stark contrast to the sharp growth seen in average closing rents.

The number of exclusive office and semi-industrial lettings was in line with Q1 2016, down by just 3%.