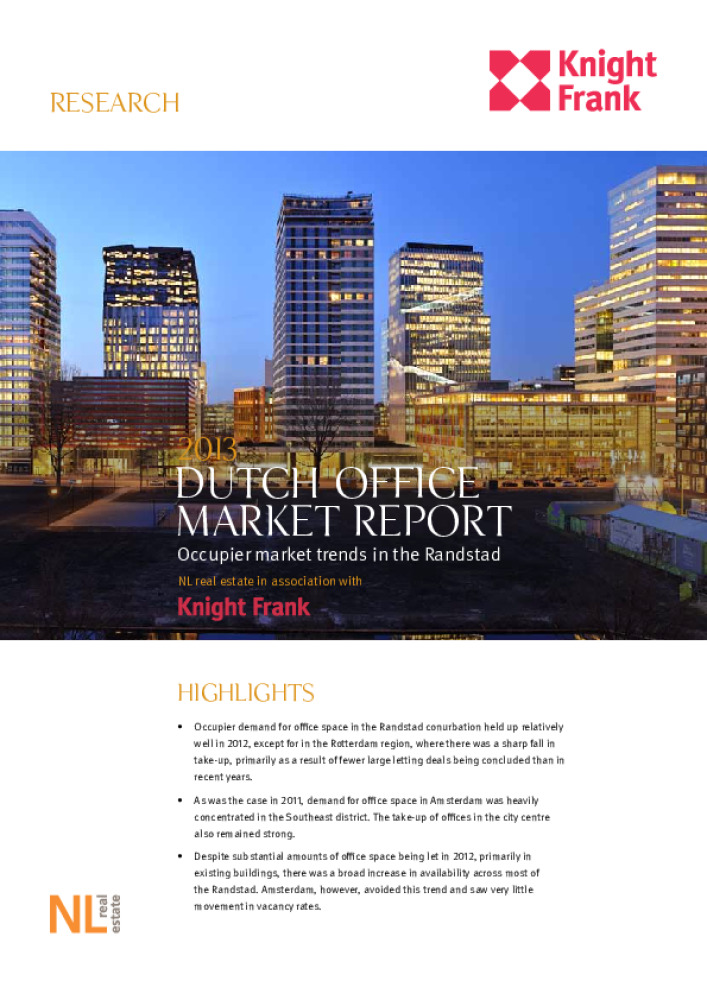 Occupier market trends in the Randstad

Occupier demand for office space in the Randstad conurbation held up relatively well in 2012, except for in the Rotterdam region, where there was a sharp fall in take-up, primarily as a result of fewer large letting deals being concluded than in recent years.

As was the case in 2011, demand for office space in Amsterdam was heavily concentrated in the Southeast district. The take-up of offices in the city centre also remained strong.

Despite substantial amounts of office space being let in 2012, primarily in existing buildings, there was a broad increase in availability across most of the Randstad. Amsterdam, however, avoided this trend and saw very little movement in vacancy rates.