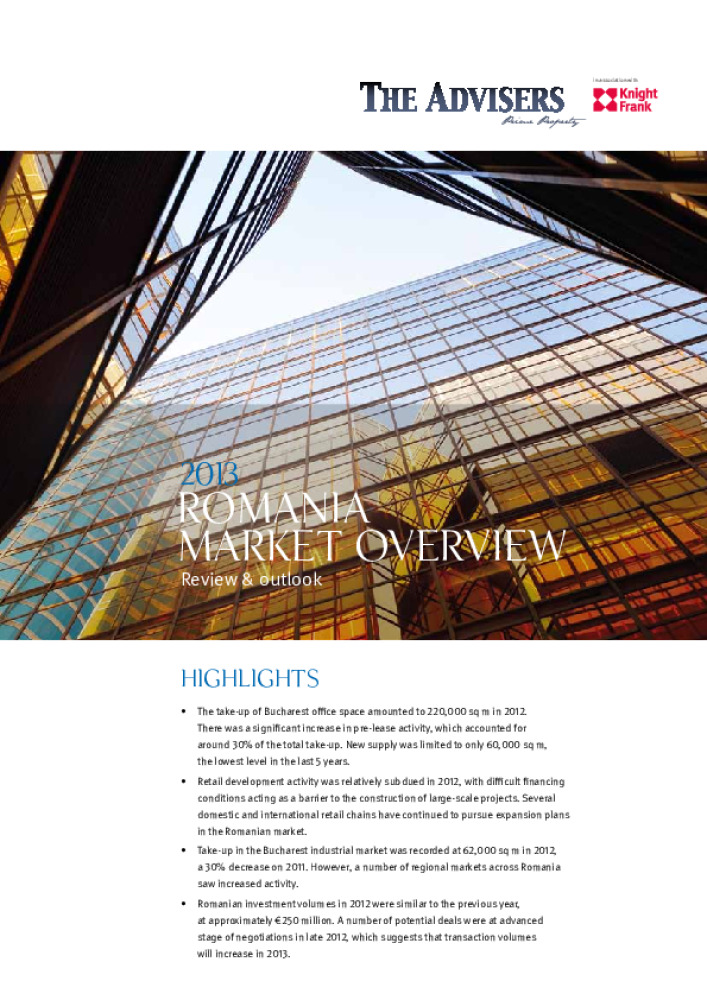 The take-up of Bucharest office space amounted to 220,000 sq m in 2012. There was a significant increase in pre-lease activity, which accounted for around 30% of the total take-up. New supply was limited to only 60,000 sq m, the lowest level in the last 5 years.

Retail development activity was relatively subdued in 2012, with difficult financing conditions acting as a barrier to the construction of large-scale projects. Several domestic and international retail chains have continued to pursue expansion plans in the Romanian market.

Take-up in the Bucharest industrial market was recorded at 62,000 sq m in 2012, a 30% decrease on 2011. However, a number of regional markets across Romania saw increased activity.

Romanian investment volumes in 2012 were similar to the previous year, at approximately €250 million. A number of potential deals were at advanced stage of negotiations in late 2012, which suggests that transaction volumes
will increase in 2013.