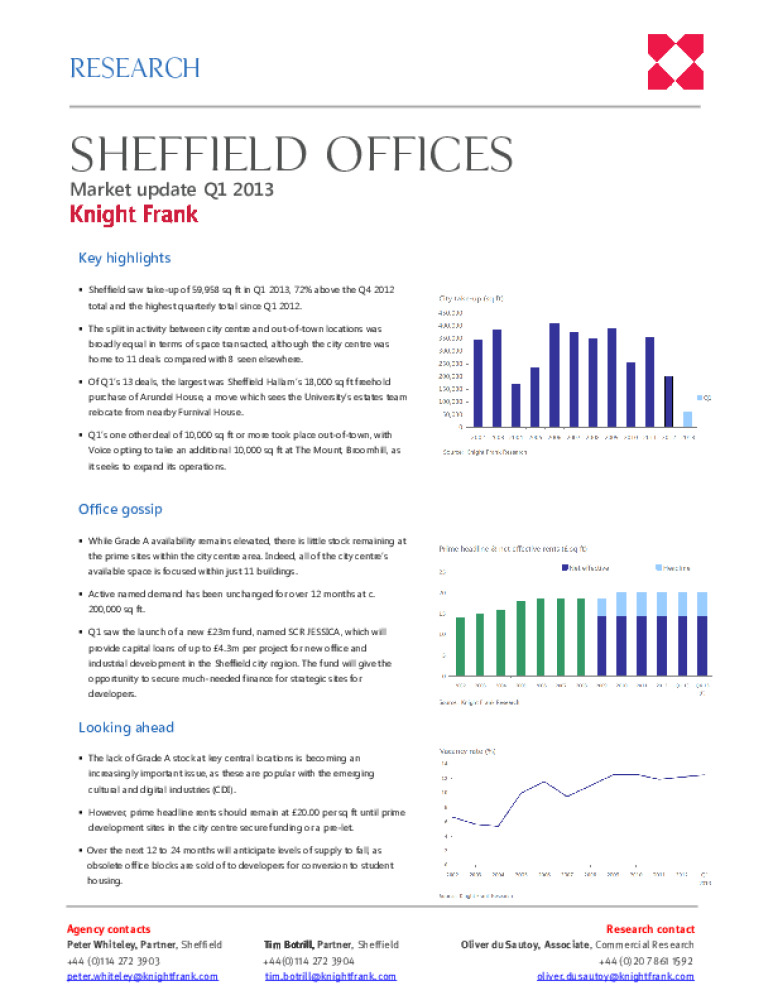 The split in activity between city centre and out-of-town locations was broadly equal in terms of space transacted, although the city centre was home to 11 deals compared with 8 seen elsewhere.

Of Q1’s 13 deals, the largest was Sheffield Hallam’s 18,000 sq ft freehold purchase of Arundel House, a move which sees the University’s estates team relocate from nearby Furnival House.

Q1’s one other deal of 10,000 sq ft or more took place out-of-town, with Voice opting to take an additional 10,000 sq ft at The Mount, Broomhill, as it seeks to expand its operations.