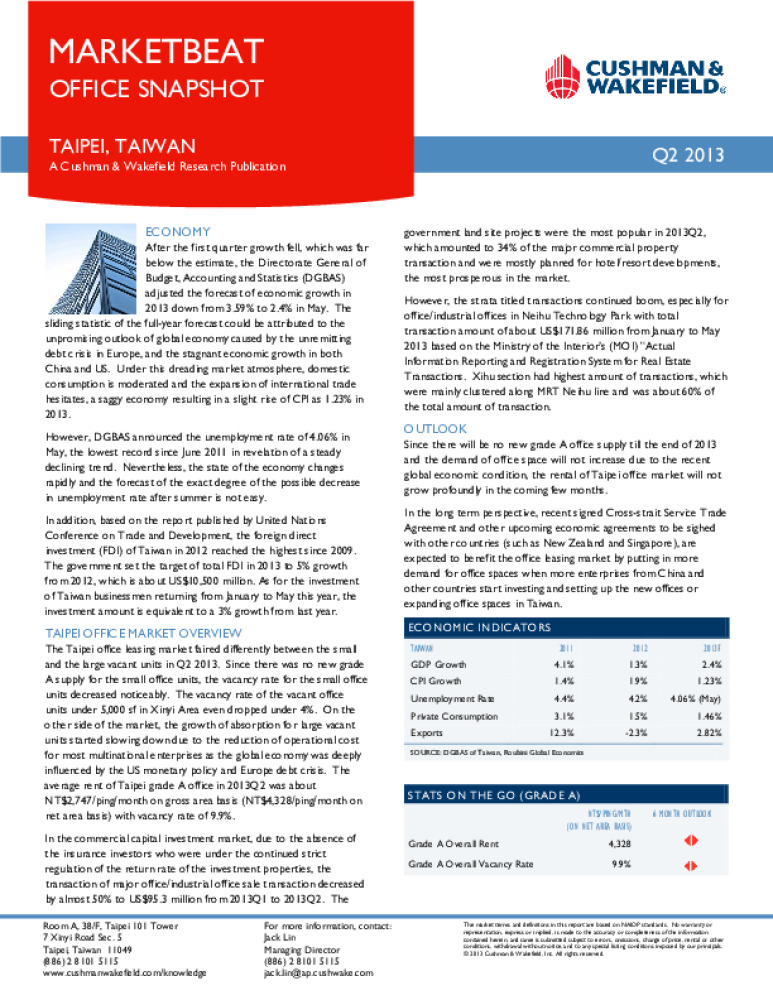 After the first quarter growth fell, which was far below the estimate, the Directorate General of Budget, Accounting and Statistics (DGBAS) adjusted the forecast of economic growthin 2013 down from 3.59% to 2.4% in May. The sliding statistic of the full-year forecast could be attributed to the unpromising outlook of global economy caused by the unremitting debt crisis in Europe, and the stagnant economic growth inboth China and US. Under this dreading market atmosphere, domestic consumption is moderated and the expansion of international trade hesitates, a saggy economy resulting in a slight rise of CPI as 1.23% in 2013.