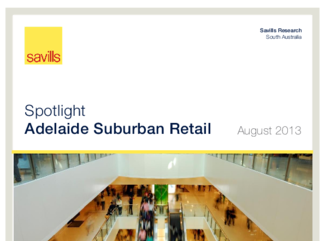 The number of retail property transactions decreased in the 12 months to June 2013, down from 53 to 28

In the 12 months to June 2013, $96 million worth of transactions occurred in the bulky goods retail category, accounting for 59 percent of total retail property sales