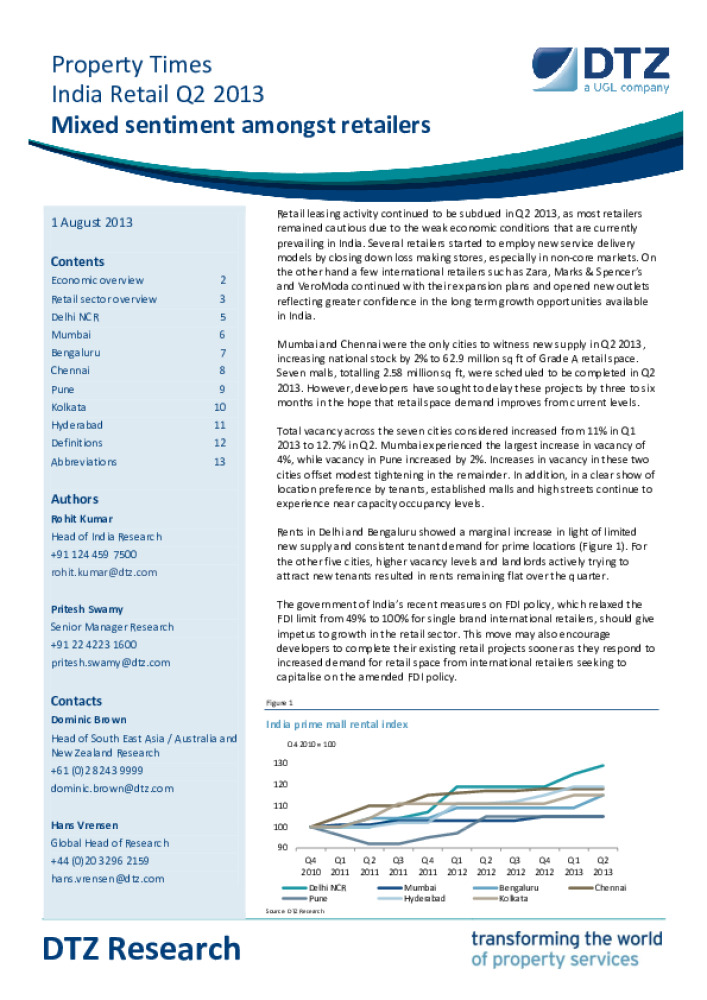 Retail leasing activity continued to be subdued in Q2 2013, as most retailers remained cautious due to the weak economic conditions that are currently prevailing in India. Several retailers started to employ new service delivery models by closing down loss making stores, especially in non-core markets. On the other hand a few international retailers such as Zara, Marks & Spencer’s and VeroModa continued with their expansion plans and opened new outlets reflecting greater confidence in the long term growth opportunities available in India.

Mumbai and Chennai were the only cities to witness new supply in Q2 2013, increasing national stock by 2% to 62.9 million sq ft of Grade A retail space. Seven malls, totalling 2.58 million sq ft, were scheduled to be completed in Q2 2013. However, developers have sought to delay these projects by three to six months in the hope that retail space demand improves from current levels.