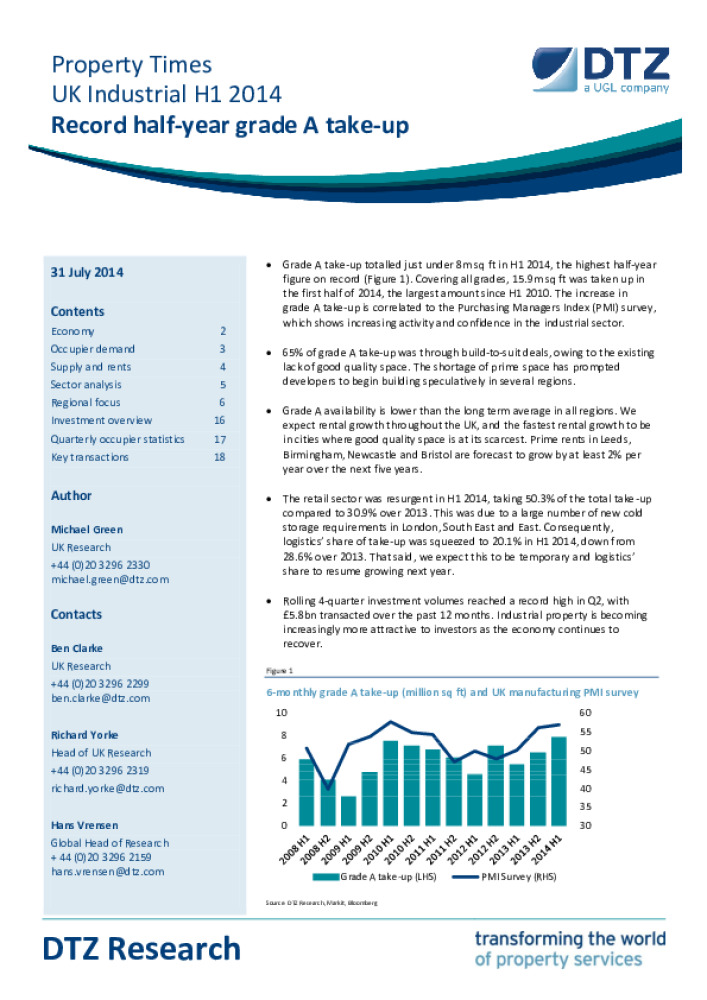 
Grade A take-up totalled just under 8m sq ft in H1 2014, the highest half-year figure on record. Covering all grades, 15.9m sq ft was taken up in the first half of 2014, the largest amount since H1 2010. The increase in grade A take-up is correlated to the Purchasing Managers Index (PMI) survey, which shows increasing activity and confidence in the industrial sector.

65% of grade A take-up was through build-to-suit deals, owing to the existing lack of good quality space. The shortage of prime space has prompted developers to begin building speculatively in several regions.