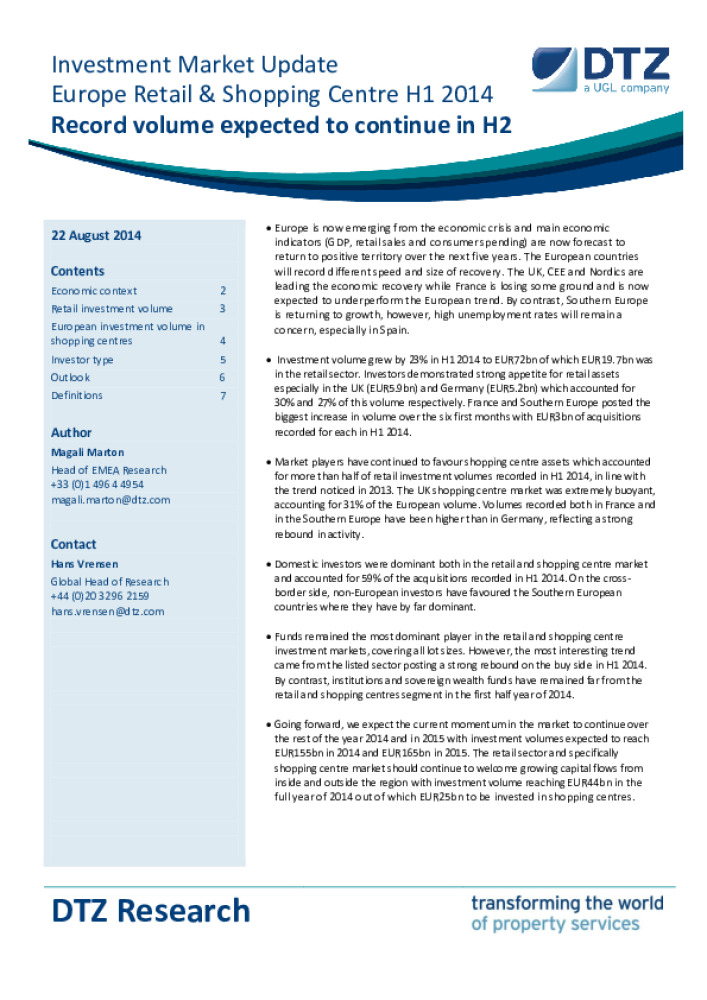 Europe is now emerging from the economic crisis and main economic indicators (GDP, retail sales and consumer spending) are now forecast to return to positive territory over the next five years. The European countries will record different speed and size of recovery. The UK, CEE and Nordics are leading the economic recovery while France is losing some ground and is now expected to underperform the European trend. By contrast, Southern Europe is returning to growth, however, high unemployment rates will remain a concern, especially in Spain.

Investment volume grew by 23% in H1 2014 to EUR72bn of which EUR19.7bn was in the retail sector. Investors demonstrated strong appetite for retail assets especially in the UK (EUR5.9bn) and Germany (EUR5.2bn) which accounted for 30% and 27% of this volume respectively. France and Southern Europe posted the biggest increase in volume over the six first months with EUR3bn of acquisitions recorded for each in H1 2014.