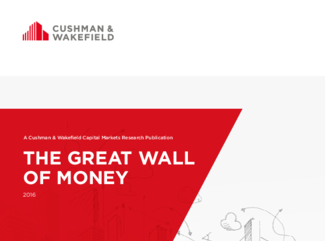 With investment activity approaching record levels in some markets, the pace of growth in capital raising is slowing. Indeed, 2015’s 3% increase is much weaker than the 21% growth recorded in 2014 and reflects how active investors have been in putting their capital to work in an increasingly buoyant market. Growth in available capital was recorded across the three regions. Asia Pacific led the charge with an 8% increase to US$131 bn, bolstered by the closing of a number of funds during the course of 2015. Despite this increase, however, the region attracts the least amount of capital. Both EMEA and the Americas saw capital expand by less than 2%. Across EMEA, we now see US$143 bn of new capital, with the Americas still attracting the greatest amount at US$169 bn.