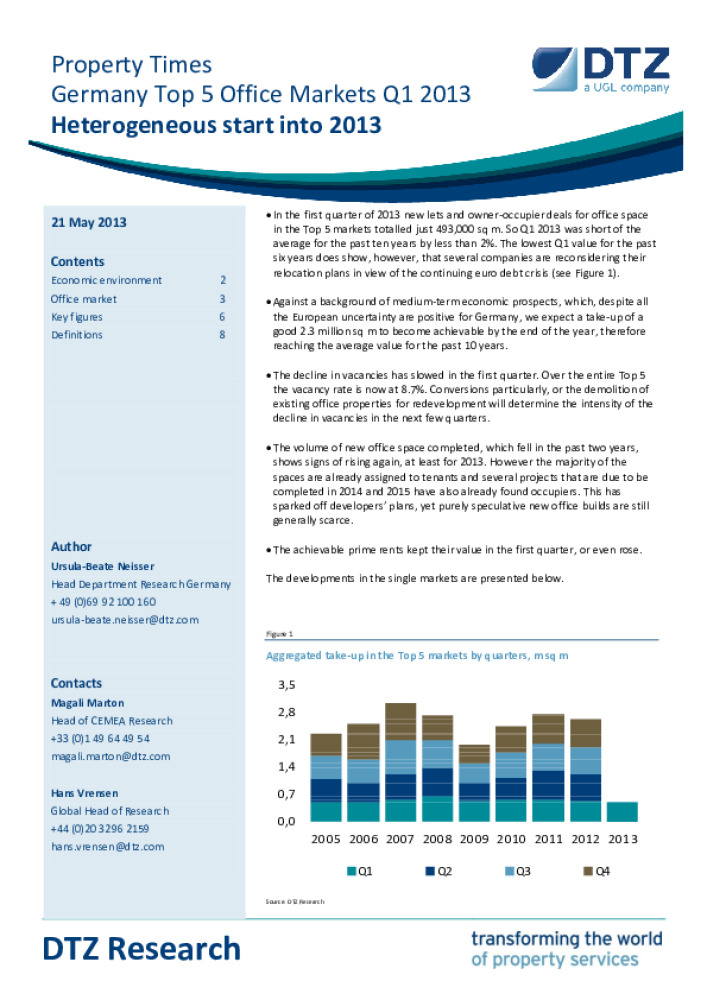 In the first quarter of 2013 new lets and owner-occupier deals for office space in the Top 5 markets totalled just 493,000 sq m. So Q1 2013 was short of the average for the past ten years by less than 2%. The lowest Q1 value for the past six years does show, however, that several companies are reconsidering their relocation plans in view of the continuing euro debt crisis.

Against a background of medium-term economic prospects, which, despite all the European uncertainty are positive for Germany, we expect a take-up of a good 2.3 million sq m to become achievable by the end of the year, therefore reaching the average value for the past 10 years.

The volume of new office space completed, which fell in the past two years, shows signs of rising again, at least for 2013. However the majority of the spaces are already assigned to tenants and several projects that are due to be completed in 2014 and 2015 have also already found occupiers. This has sparked off developers’ plans, yet purely speculative new office builds are still generally scarce.

The achievable prime rents kept their value in the first quarter, or even rose.