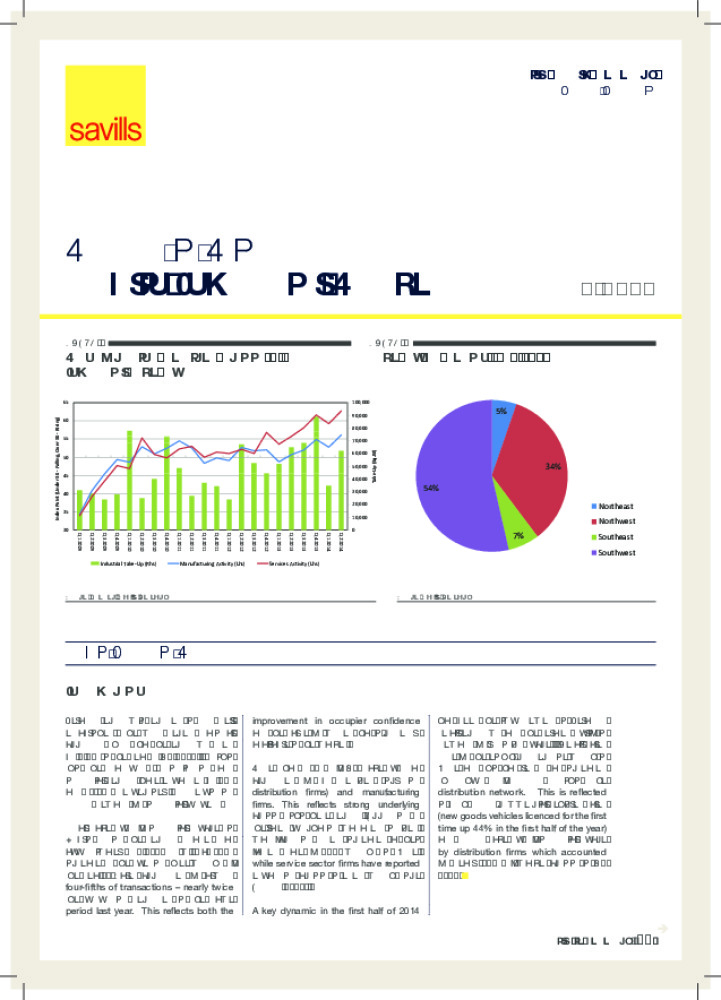 Ireland’s economic recovery is now well established. The most recent national accounts show that the economy grew by 3.4% in the year to Q1 2014. Within this the transport / distribution and industrial sectors have expanded by 8% and 2.1% respectively, underpinning strong demand for industrial property.

Total take-up of industrial space in Dublin during the second quarter was approximately 62,000 sq.m., a 78% increase on the opening three months of the year. Sales accounted for almost four-fifths of transactions – nearly twice the proportion recorded in the same period last year. This reflects both the improvement in occupier confidence and the value for money that is currently available in the market.