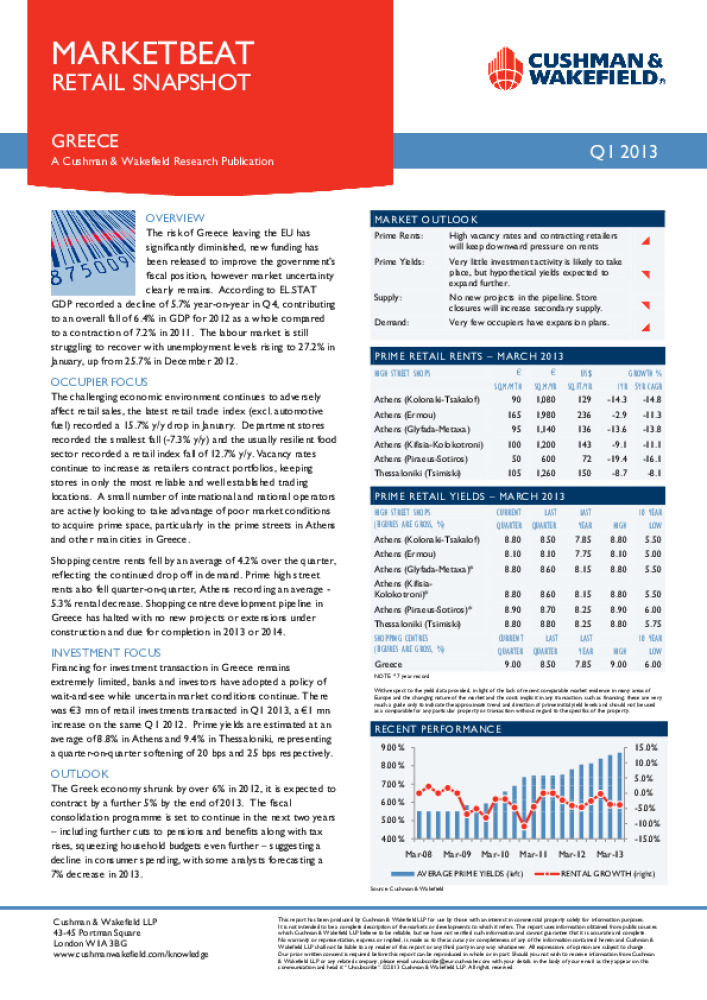 The risk of Greece leaving the EU has significantly diminished, new funding has been released to improve the government’s fiscal position, however market uncertainty clearly remains. According to EL.STAT GDP recorded a decline of 5.7% year-on-year in Q4, contributing to an overall fall of 6.4% in GDP for 2012 as a whole compared to a contraction of 7.2% in 2011. The labour market is still struggling to recover with unemployment levels rising to 27.2% in January, up from 25.7% in December 2012.